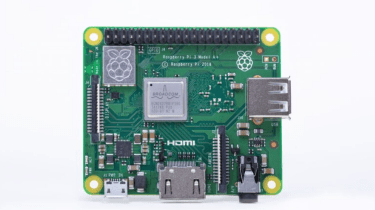 The Raspberry Pi Foundation has a goal to make computing affordable to everyone, and it's done just that by launching a $25 version of its most powerful mini-PC.

Since 2012, its low-cost microcomputer range has allowed developers, students and those without huge budgets to build impressive projects using a $35 credit-card-sized computer. The organisation has looked to constantly evolve the Raspberry Pi to suit developer needs, and now the company has released a budget version of its microcomputer in the Raspberry Pi 3 Model A+, featuring a slimmed-down feature set.

This smaller, cheaper model uses the same 1.4GHz 64-bit quad-core ARM Cortex-A53 CPU as the superb $35 Model B+ and has 2.4GHz and 5GHz Wi-Fi, making it easy to use anywhere there's a connection. But, to get this new model down in price, the company has had to shed some specs. According to CEO Eben Upton, that's what the Raspberry Pi Foundation is all about.

"We've always tried to find ways to bring computing to people at lower prices: we don't want cost to be a barrier to entry," Upton told IT Pro. "Raspberry Pi 3 Model A+ represents us bringing our highest-performance platform down to the $25 point that's been our signature since we first announced Raspberry Pi in 2011."

To get that $10 drop in price the Model A+ has removed the Ethernet port - meaning you have to use Wi-Fi - and there is only one USB 2.0 port instead of the normal four. There's also less RAM, dropping from 1GB to 512MB.

It's a similar formula the organisation adopted for the launch of the A+ model in 2014. The difference this time is that this new version is more capable; the earlier A+ models lacked both Ethernet and Wi-Fi, so they had no onboard way to get an internet connection. With the Pi 3 A+, you have Wi-Fi capabilities straight out of the box. 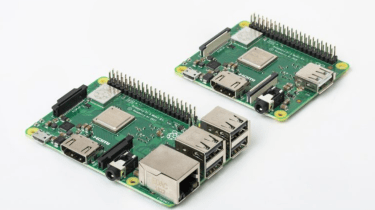 The Foundation said it was a "rather poignant" product and that the 3 A+ was about "closing things out in style" as it's the final iteration of the "classic" Raspberry Pi.