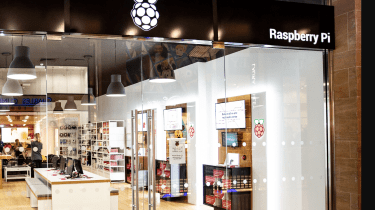 The developer behind the incredibly popular Raspberry Pi mini-computer has opened it's first high street shop in Cambridge, marking the first time its products will be sold direct rather than through third-party resellers.

The shop, which opened on Thursday, is located in Cambridge's Grand Arcade Shopping centre, near where the Raspberry Pi Foundation, the charity behind the product, was first founded back in 2009.

The decision is somewhat unusual given that most companies are moving away from bricks and mortar stores. However, the store will be fitted with modern flourishes, including a cashless-only checkout system, and will be open seven days a week.

Founder Eben Upton called the store an "experimental space" for the people who were curious about the brand.

"There's always a risk you can get complacent about your customers, but a physical store means we have a place for people, who are curious about Raspberry Pi, to experience it," Upton said.

This is the first direct channel to purchase Raspberry Pi products via the foundation itself. Until now customers had to go through resellers such as ModMyPI and The Pi Hut, which will still remain the case for those wishing to buy the tiny computers online or over the phone.

The Raspberry Pi Foundation began in 2009 when a group of Cambridge computer scientists, led by Upton, developed an idea for a cheap and accessible computer in order to address the rising demand for computer skills. The first iteration, the Raspberry Pi Model, was launched in 2012 and went on to become a computing phenomenon.

The Raspberry Pi inspired a number of developers around the world to build innovative projects, such as the computer inside a mouse, recently seen on YouTube.

"The Raspberry Pi Store is a place where you can experience and buy Raspberry Pi products. Explore some of the things you can so with a Pi, discover our accessories and books, and get your hands on store-only exclusives," the foundation said on its blog.

With the announcement, the foundation will also offer a new starter kit of parts to accompany the popular miniature computer. A range of merchandise will also be sold in store.