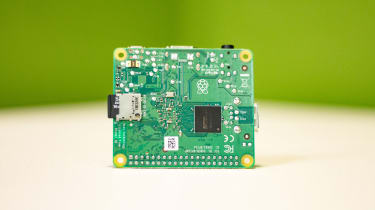 A savvy user has discovered a hardware design flaw in the recently released Raspberry Pi 4 involving a faulty USB-C power connector which was later confirmed by co-founder Eben Upton.

Some users of the new single-board computer found themselves unable to power the device with certain USB-C cables, namely those provided by bigger tech vendors such as Apple and its latest MacBook chargers.

The technical breakdown of the issue was published by Tyler Ward who said the speculation around the flaw being related to manufacturer limitations was wrong, it was due to faulty detection circuitry in the Raspberry Pi's USB slot.

The issue stems from Raspberry Pi's engineers changing the USB port's circuit design so that the two 'CC' pins in the USB-C port didn't each require their own 5.1K ohms resistor, allowing the pins to share just one resistor.

The design meant that electronically marked (e-marked) cables, the only USB-C cables that require two resistors wouldn't power the Raspberry Pi. Regular USB-C cables only use the one resistor making them compatible.

"With most chargers, this won't be an issue as basic cables only use one CC line which is connected through the cable and as a result, the Pi will be detected correctly and receive power," said Ward. "The problem comes in with e-marked cables which use both CC connections."

E-marked cables are ones that come with chips ingrained in them to regulate things like power management and data rates. Ward said most USB-C smartphone cables will be compatible with the Raspberry Pi, but others from different tech vendors such as laptop chargers and Thunderbolt cables won't power the Pi.

"In order to test this I attempted to power the Pi with a MacBook charger and its e-marked cable and it didn't receive power," said Ward. "Two other chargers (a Pixel 3 charger and an office electrics desk charger) were tested with the MacBook's active cable and none powered the Pi. When tested with a couple of non-e-marked cables the pi was powered by all the chargers."

Co-founder of the Raspberry Pi Project Eben Upton confirmed to TechRepublic the issue's existence, and said it could be fixed in future board revisions.

"A smart charger with an e-marked cable will incorrectly identify the Raspberry Pi 4 as an audio adapter accessory, and refuse to provide power," said Upton.

"I expect this will be fixed in a future board revision, but for now users will need to apply one of the suggested workarounds," he added. "It's surprising this didn't show up in our (quite extensive) field testing program."