With the new Epyc completing AMD’s 7nm line-up while Intel struggles to deliver 10nm, a new fight has begun 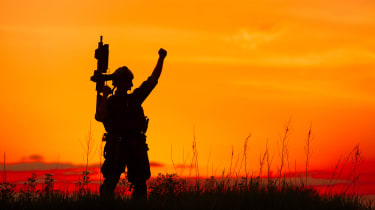 Recent headlines make painful reading for Intel. Whether it's applause for AMD and its 2nd generation Epyc processor or continual criticism of Intel's delayed rollout of 10nm Core chips, the silicon giant looks cumbersome next to its now-nimble rival.

Watching AMD CEO Dr Lisa Su onstage in San Francisco, as she launched the second generation Epyc server processor - codenamed Rome - there was a clear sense that AMD too saw a shift in power.

This isn't AMD puffery. Industry experts agree that it's winning for performance and security, and Dell EMC, HPE, Lenovo and the UK's Scan Computers are all jumping aboard the AMD bandwagon with expanded offerings. Indeed, James Gorbold, Scan's technical guru, described the performance uplift between the first and second generation of Epyc as "unprecedented" in HPC tasks.

"With 2nd-gen Epyc, AMD has taken the performance lead from Xeon," he said, having spent the past two weeks putting Epyc to the test. And he points out that AMD's offering "has some other key advantages, such as I/O and security, that are attractive to many customers".

So has AMD won the chip wars? The truth is annoyingly nuanced. Yes, Intel has made some facepalm-level mis-steps as it attempts to transition from a 14nm to 10nm manufacturing process, but it remains the supreme power: whether you look at its profits, its CPU sales or its share value, it continues to rule supreme.

To understand what's really happening here, it helps to first step into a time machine and travel back 20 years to when Amazon and Google were minnows and Facebook didn't even exist.

It seems like a lifetime ago - technically speaking, it is - but Intel and AMD used to have genuine competition in the x86 processor market. Cyrix never came close to Intel for market share, but some industry watchers felt its chips were a better choice in the mid-1990s.

That should send a chill down AMD's spine, because you could say the same today for its CPUs. Yet by the turn of the century, Cyrix had effectively disappeared from the CPU battlefield, leaving Intel and AMD to wage war with one another.

The next ten years saw a slugfest fought out in clock speeds. Punch: AMD releases an update to its Athlon that outpaced the Pentium. Thump: Intel lands an uppercut thanks to a speed boost and a marketing blitz. For even when Intel didn't have the best processor, it had deep enough pockets to win the minds of would-be buyers.

Throughout this period, AMD had much to be proud of. It brought 64-bit processors to the mainstream before Intel, it sold the first 1GHz processor, and it even found time to invest in ATI to bolster its gaming credentials. Little wonder that AMD was often the choice of savvy enthusiasts.

Then Intel changed gear. As the noughties came to an end, it introduced a tick-tock model that it stuck to for the next decade: the tick was a shift to a new, more efficient manufacturing process; the tock a new microarchitecture.

This set a pace of processor development that AMD struggled to match, and as Intel also invested in its key brands of Core and Xeon, its rival struggled. The next decade saw AMD settle for number two position.

In 2014, AMD's then-CEO, Rory Read, resigned, having put a struggling company back into the black. It was time to let the engineers rule, and no candidate was more qualified than Dr Lisa Su.

By any metric, AMD has had a phenomenal five years since Dr Su took over as CEO. This truth is reflected in the stock market graphs: in October 2014, when she took over the reins, its stock price hovered at around $3 per share. Today, it's $34 and climbing. 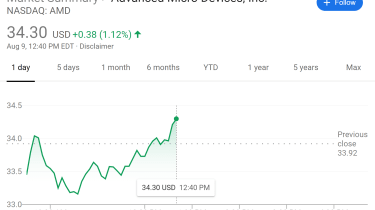 While Su can rightly take much credit for the rise, it's on the back of some tremendous engineering advancements. First came the radical Zen microarchitecture, a much-needed departure from AMD's Bulldozer predecessor, which simply couldn't compete with Intel's offering.

Zen's introduction in February 2017 helped establish AMD as a credible competitor to Intel both on the desktop and in the server market - a market that AMD had been forced to abandon due to its lack of a true Xeon rival.

At this point, you might think that industry analysts were as pessimistic as investors. But Shane Rau, research vice president of semiconductors at IDC, never shared this view.

"My market theory is that no one wants a monopoly," he told IT Pro. This means there was always going to be "some force to keep a second source of PC processors at least, if not server processors, in the market. AMD always had the advantage of x86 compatibility."

Rau agrees that there was still an existential threat to AMD, as reflected in its stock price, and for a while it looked like an Arm-based rival might just steal in. However, "that level of competition from the Arm ecosystem never really emerged. And so the market kind of waited for AMD to return with competitive products."

AMD took what it describes as a "big bet" on 7nm three years ago, bravely telling the world what it was going to do and when.

Where the chips lie

Fast forward to August 2019 and all bar one of AMD's bets appear to have paid off.

On the desktop, it's punching hard. While Intel's Core processors have the lead for single-core performance, AMD's aggressive pricing and emphasis on multithreaded power mean that it's a compelling choice for enthusiasts. It falls a little behind for gaming speed, but the gap is so small that it's almost irrelevant.

It's also hard to argue against AMD's new Epyc processors. IDC currently lists AMD's server market share at under 5%, but Dell, HP and Lenovo all announced expanded lines based on Epyc and were fulsome in their praise of the chip's performance on-stage.

It helps that AMD can hit with a triple whammy of benefits: on a like-for-like basis, the Epyc 7002 series not only outperforms its Xeon rivals in most scenarios (based on real tests, not AMD's claims alone) but it does so with reduced power consumption. And it costs less; not just the per-CPU price, but if you can switch from a dual-socket system to single socket then you can cut licensing costs too.

The one continued weakness, even if it's in perception rather than reality, is on laptops. Intel has doubled down here, choosing to implement its 10nm technology on laptops first rather than servers or desktops. Notably, though, AMD stole market share from Intel during 2018 (more on that in a moment) after its launch of the Zen-based Ryzen Mobile.

We still await Zen 2 arriving for laptop CPUs, so don't yet know how the improved power-performance characteristics of 7nm will play out (along with unsung work done by AMD's engineers to reduce power consumption elsewhere). However, here it's all about trust, and it will take some heavy marketing for AMD to convince business buyers and consumers to move away from Intel Inside when it comes to more lucrative premium laptops.

Cast a glance at the table below. It shows AMD's market share in each of the three key segments, based on data from Mercury Research. If you look at the Q1 2019 figures in isolation then it doesn't look great for AMD: Intel sold 33 times more server CPUs, six times more desktop chips and almost eight times as many laptop processors.

But really, this is a story of momentum. "Once [AMD] started producing competitive products, good designs, on time and executing in the marketplace, then the momentum turned back in their favour," said Rau.

Incidentally, you may note that AMD's server market share shrunk in the first quarter of 2019 compared to the final quarter of 2018. This is almost certainly due to IT buyers holding out for the second generation Epyc processors, which were announced in November 2018.

This blip aside, AMD's momentum is clearly forward. Intel, meanwhile, is battling supply with its 14nm parts due to the prolonged delays with its shift to 10nm. Intel CEO Bob Swan told Fortune's Brainstorm Tech conference that it made the mistake of believing it could continue "what we've been able to do in the past, which in essence was defying the odds. At a time when it was getting harder and harder, we set a more and more aggressive goal. From that, it just took us longer."

While the company says that shortages will end by Q4 2019, that gives AMD a clear run at the rest of this year.

"Intel clearly remains the leader in terms of market share," said Scan's James Gorbold, "but the market just got a lot more dynamic and interesting. In terms of winners, ultimately it's the end-customer that wins as increased competition leads to quicker technological innovations and more competitive pricing."

It had been a long day of deep dive technology insights, a two-hour keynote address and product tours with AMD's partners. Most people on the coach back to the hotel had their eyes closed or were getting thier usual dopamine fix via social media. One voice broke the silence. "What did you think of the day?" asked ourneighbour.

We admitted to being impressed by almost everything we'd seen and heard, at which point he revealed that he was a lead engineer on CPU design. We small talked for a while, having tried unsuccessfully to glean what he was currently working on ("I can't answer that," he said with a smile), but it turned out that he had been with the company since 1993.

What had changed in that time? He paused. "We used to be content with being number two," he said. "Now, only being the best will do."