A mysterious issue that even the company's CEO can't explain 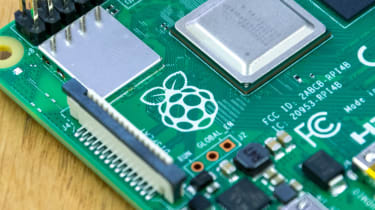 A growing list of Raspberry Pi 4 owners are reporting issues with the device’s Wi-Fi when outputting to various resolutions via HDMI.

Users across forums are posting about their troubles with the Wi-Fi module shutting off or only working at certain frequencies when the device is set to certain output resoutions.

Raspberry Pi developer Enrico Zini posted about his “full day” experience trying to debug the issue he noticed when hooking up his device to a 2560x1440 monitor.

Zini said when turning the resolution down to 2048x1080, the issue no longer remained, concluding that high-resolution outputs kill Raspberry Pi 4’s Wi-Fi.

Other users have posted to the Raspberry Pi forums to seek help for the same issue. One poster said their Wi-Fi wouldn’t work at just a 1080p resolution, a level that even Zini’s device performed at.

The same user confirmed in a later post that it wasn’t the resolution that was breaking the Wi-Fi, but a misconfigured MAC filter.

However, one user complained that their Wi-Fi module stopped working even at resolutions as low as 1024x768.

Raspberry Pi CEO Eben Upton said that it probably wasn’t the resolution output settings causing the failure of the Wi-Fi module, rather that it was more likely an issue with the equipment being used to connect to the device itself.

"Hard to know what the problem is from the blog post, but this is exactly what I'd expect if someone was using poorly shielded HDMI cables," Upton said to Android Authority. "A poorly shielded cable radiates ~20dB higher than a properly shielded one. I'd be very surprised if this is a hardware issue with the Pi itself."

However, even this explanation isn’t absolute, as Zini and other forum posters noted that even when using the official uHDMI-HDMI provided by Raspberry Pi, users got the same results. Others found luck when plugging in an external USB Wi-Fi dongle to the device, others not.

The issue has been reported consistently from August 2019 through until Thursday of this week. Some users have said searching for networks on 5GHz frequencies has solved the problem compared to 2.4GHz too.

The Raspberry Pi is hailed as an affordable computer that schools can buy and use to teach children the basics of computing and programming. The latest and most advanced model was released in June 2019.