Five signs that it’s time to retire IT kit

While it’s tempting to keep using old kit, especially if it’s still rumbling along, there are clear warning signs you need to look out for 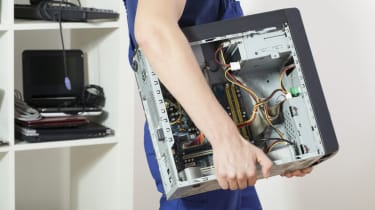 Some companies swear by the mantra “we’ll replace it when we break it”. Their salespeople are forced to carry three-year-old laptops with permanently connected power supplies, their email servers run on software a decade old, and their network is littered with external hard drives to keep pace with storage demands.

While those are extreme examples, all businesses can be guilty of allowing old equipment to keep on running for a year, two years, even five years too long. Here are the warning signs everyone should heed.

The product is no longer officially supported by the manufacturer

There’s an elephant in the room here, so let’s tackle it straight away: Windows 7 is rapidly approaching “The End”. On 14 January 2020, Microsoft will stop supporting the operating system unless you’re willing to pay an extra fee per-device.

But this isn’t the only piece of Microsoft software to soon go end of life. SQL Server 2008 was retired in July 2019, while Windows Server 2008 and Exchange Server 2010 both stop receiving security updates in January 2020. If any aspect of your business is reliant on those products, you’re opening yourself up to the next warning sign.

They present a security risk

This ties in neatly with the above problem, but is worth considering on its own. Doing a security audit on your IT estate, however big or small that estate is, can reveal some worrying holes. The good news? Some could be solved by software updates rather than hardware upgrades. For any that can’t, it’s time to retire the old and welcome the new.

Three years ago, it may have made financial sense to specify computers with 4GB of RAM and miserably small hard disks, but times change. If the latest update to a crucial piece of software or service that you use is causing computers to run slowly, or not run at all, your employees’ productivity plummets.

This may be a hidden problem, too. The growth in traffic on office networks today versus even two years ago is phenomenal, and it could well be that your network is creaking without you even being aware.

As staff morale is so difficult to quantify, it’s easy to ignore. And it’s even easier to ignore the role that the IT equipment (and services) you supply have on employee morale.

This isn’t an argument for giving a sleek magnesium-shelled ultraportable to every user in your business, but to ensure that you aren’t putting up hurdles that make it more difficult for them to work.

That could be shortened battery life, it could be a low-resolution screen: as we discussed in last week’s article about buying IT that grows, not slows, your business, you need to work out what your staff need.

Upgrades can extend the life of your hardware, but there comes a time when adding more RAM just isn’t enough. Only you will know when that time is, but it’s worth asking yourself – before you dig out the screwdriver – whether everyone would be better served by buying something new.

Note that this doesn’t always mean the end of the road for the existing hardware. If it’s a server, perhaps it can be used for a non-critical task. And, for a computer, is there someone else in the business who would still get value from it?

Up to 60% off select small business accessories

Up to 50% off select Small Business Monitors