Gartner: PC shipments to slide again in 2020 and beyond

After posting growth last year, the PC market will continue to shrink in the next three years, Gartner predicts 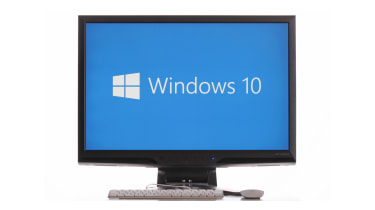 Last year saw PC shipments rise for the first time since 2011 — but 2020 won't see a repeat of that growth.

That's according to predictions from Gartner, which suggest the PC market will once again see a slowdown in sales with most businesses finished their migrations from Windows 7 to 10.

Earlier this month, the analyst house revealed that annual PC shipments for 2019 saw growth for the first time since 2011, up by a slight 0.6% from 2018. That was largely driven, Gartner said, by upgrades to Windows 10, as Microsoft stopped supporting Windows 7 last week.

At the time, analyst Mikako Kitagawa, senior principal analyst at Gartner, predicted that growth would continue. "We expect this growth to continue through this year even after Windows 7 support comes to an end this month, as many businesses in emerging regions such as China, Eurasia and the emerging Asia/Pacific have not yet upgraded," Kitagawa said last week.

Gartner appears to have crunched its numbers again and reconsidered, noting shipments are forecast to decline in 2020 and beyond. "Through 2020, this market will be affected by the end of the migration to Windows 10," the analyst firm said.

There is some good news to help prop up the market. While replacement levels in the professional PC market will decrease, Gartner noted the Chinese market could help prop up shipments, as the government's "secure and reliable PC" initiative takes off.

More generally, the swings in the PC market caused by Windows upgrades will end. "The PC market’s future is unpredictable because there will not be a Windows 11. Instead, Windows 10 will be upgraded systematically through regular updates," said Ranjit Atwal, research senior director at Gartner. "As a result, peaks in PC hardware upgrade cycles driven by an entire Windows OS upgrade will end."

For 2020 to 2022, Gartner predicts that "traditional PCs" — which are desktops and laptops — will see slower shipments, while premium "ultramobiles" will see sales growth. That said, the former will still out-ship the latter two to one, Gartner predicted, forecasting shipments of the two categories will slow from around 250,000 this year to 241,700 in 2022.

Including tablets and mobile phones, the number of devices sold globally will climb by 0.9%, the analyst firm predicted, with smartphone sales up 1.7% versus a 2% decline last year. That is partially down to the arrival of 5G, with models using next-gen network making up 12% of sales this year and rising to 43% in 2022.

"From 2020, Gartner expects an increase in 5G phone adoption as prices decrease, 5G service coverage increases and users have better experiences with 5G phones," said Atwal. "The market will experience a further increase in 2023, when 5G handsets will account for over 50% of the mobile phones shipped."