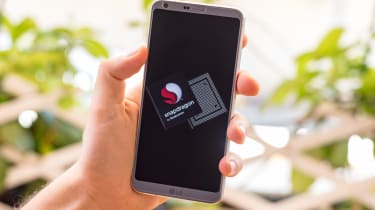 Qualcomm has revealed its latest 5G modem chip, the Snapdragon X60 Modem-RF System, which will aim to “raise the global 5G performance bar”.

With 5G rollout set to increase at a more rapid pace in this year following ita UK launch last year, Qualcomm has yet another modem chip designed for phones that wish to sport next-generation cellular connectivity.

Qualcomm already has the SnapdragonX55 modem chip to facilitate 5G connectivity, but the Snapdragon X60 is an evolution of that platform.

Notably, it has been built on a 5-nanometre fabrication process as opposed to the 7nm node its predecessor uses.

And it’s configuration means it can use both mmWave and sub-6GHz signals together at the same time, making it, which should allow phones that will use the chip to tap into a wider range of 5G networks than those currently in the market.

Previously, the first-generation Snapdragon X50 5Gmodem chip could only connect to one of the signals, while the Snapdragon X55 could connect to both but not at the same tie.

The launch, which was supposed to happen next week at the now-cancelled MWC in Barcelona, is yet another indication that more 5G phones are on the way for 2020 as interest continues to increase in the new wireless connectivity standard.

Qualcomm acknowledged that the global transition to 5G will not be swift and easy, but expects global operators to expand their 5G coverage over 2020-2021.

UK telecom companies have faced their own issues stemming from the 35% cap on Huawei equipment introduced last month by Prime Minister Boris Johnson.

However, EU representatives, such as the Commissioner for internal market Thierry Breton, have assured that tougher security policies, such as the ones involving Huawei, would not delay the 5G rollout in Europe.