Acer, Asus and HP are among the hardest hit by COVID-19 slump 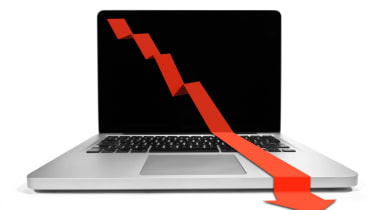 Global PC shipments dropped 12.3% in the first quarter of 2020, according to Gartner, making the sharpest decline since 2013.

Acer, Asus and HP were among the hardest hit, with shipments plummeting by 12.1%, 12.7%, and 26.2%, respectively. The most popular PC vendor, Lenovo, experienced a 3.2% decline in shipments during the quarter.

According to Gartner research director Mikako Kitagawa, the dramatic fall in shipments has been caused by the global coronavirus outbreak, which has affected both the supply and demand of PC devices.

“The single most significant influencing factor for PC shipment decline was the coronavirus outbreak, which resulted in disruptions to both the supply and demand of PCs,” she said. “Following the first lockdown in China in late January, there was lower PC production volume in February that turned into logistics challenges.

The news follows last month’s reports of surging demand for virtual office components such as laptops, network peripherals and hardware components, as companies scrambled to accommodate their employees working from home.

In the UK, the number of monitors bought during the week ending 14 March almost doubled compared to the week before, according to GfK. Purchases of keyboards also shot up during that same week, with a year-on-year increase of 68.8%, while the sales of pointing devices, such as mouses and stylus pens, saw a surge of 29.7%.

However, Kitigawa explained that “PC manufacturers could not keep up with” the sudden surge in “PC demand for remote workers and online classrooms”.

“This quarter’s vendor results underscore the growing economic uncertainties that are tightening PC spending, especially among small and midsize businesses," she said.

"This uncertainty, coupled with the end of the Windows 10 upgrade peak, is causing enterprises to shift their IT budgets away from PCs and toward strategic business continuity planning. We will start seeing enterprises and consumers alike extending their PC life cycles on a more permanent basis as they focus on preserving cash."

PC shipments in the EMEA region dropped 7% year over year to 16.8 million units and Gartner predicts that they are likely to continue to decline through the rest of the year.