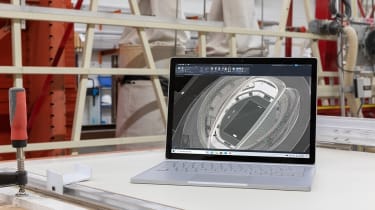 Microsoft has launched a slew of products including the widely-anticipated Surface Book 3 notebook and the second generation of its miniature Surface Go.

The Surface Book 3, the third edition of Microsoft’s flagship notebook line, will be available in both 13in and 15in variants and is fitted with a crisp high-DPI “PixelSense” display. The devices launch on 21 May and will retail from $1,599 (approximately £1,290) in the US.

Both iterations of the device will be fitted with an Intel 10th-gen Core processor as well as up to 32GB RAM and the option of an Nvidia GeForce GPU or Quadro RTX 3000 the 15in variant.

The device is also is said to feature up to a staggering 17hrs 30mins battery life, which would be a massive improvement on the underwhelming Surface Book 2, which boasted a 5hrs 36mins lifespan when tested.

Microsoft hasn’t commented on whether the Surface Book 3 chassis will be radically different from that of its predecessor, however, which is something that may turn away prospective users given the Surface Book 2 was surprisingly bulky.

The sequel to Microsoft’s bite-sized and low-cost Surface Go device, meanwhile, keeps its lightweight design but is fitted with a larger 10.5in display, an improvement over the 10in display fitted into the first iteration.

Microsoft claims the Surface Go 2 will benefit from improved battery life and a performance boost of up to 64% in light of new Intel 8th-Gen Core M CPU options. The device also features a new dual-microphone to increase voice clarity during conference calls, as well as a 5MP front-facing camera.

The Surface Go will retail with a host of different coloured Type Covers and accessories at a starting price of $399 in the US (approximately £320) from 12 May.

Microsoft has launched these products amid a recorded a 35% increase in time spent on Windows devices since the beginning of February. This can be largely attributed to an increase in the time people are forced to spend indoors due to lockdown measures.

The Surface Book 3 and Surface Go 2 devices are rooted in the ambition of wanting to give customers the versatility to work no matter the location, and seamless integration between software and hardware, the company claims.

The latest edition of the Surface Dock, the Surface Dock 2, is a business-centric device that has been designed to give workers the tools to set up the “ultimate workspace”.

The Surface Dock 2, priced at $259.99 (approximately £210), can fit onto Surface devices through a simple ‘magnetic click’ and features faster charging, higher data transfer rates and enterprise management tools customers have requested. This is in addition to the launch of a USB-C Travel Hub, priced at $99.99 (approximately £80), offering more ways to connect to networks, displays and USB-C accessories for users on the go.

Elsewhere, the company has launched the second generation of Surface Headphones and new Surface Earbuds, which will both be available from 12 May in addition to the Surface Go hybrid device. Various accessories also announced include the Microsoft Ergonomic Desktop, as well as the Microsoft Bluetooth Desktop, with all newly launched devices and accessories now available for pre-order.