The goal is to end reliance on Asia-based chipmaking factories 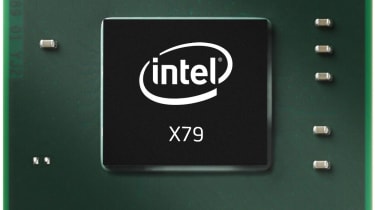 The Trump administration and semiconductor companies are working toward the development of new chip factories in the US, according to the Wall Street Journal.

Tech companies in the U.S. and the U.S. government have been working to reduce the country’s reliance on Asia-based chip factories for years. This has been underscored by various national security concerns, the current US-China tariff war and the coronavirus pandemic, which has put a stranglehold on supply chains worldwide.

Trump administration officials are reportedly in talks with Intel, the largest chipmaker in the U.S. and Taiwan Semiconductor Manufacturing Company (TSMC) to build factories in the US.

According to those familiar with the matter, Intel’s plans would include operating a plant that could securely provide advanced chips for the government and private customers.

The WSJ reported that TSMC is also in talks with officials at the Commerce and Defense departments and Apple, one of the company’s largest customers. TSMC shared in a statement to WSJ, “We are actively evaluating all the suitable locations, including in the US, but there is no concrete plan yet.”

U.S. officials have reportedly shown interest in assisting Samsung in its chip factory endeavors too. The company operates a chip factory in Austin, Texas and has goals of expanding its contract-manufacturing operations in the US.

Intel CEO, Bob Swan, recently penned a letter to the Defense Department, telling it the company is willing to build a commercial foundry in partnership with the Pentagon “given the uncertainty created by the current geopolitical situation.”

“As the largest US-owned manufacturer of semiconductors, Intel spends more than $13B each year on research and development to continue a trajectory of innovation that will provide the foundation for solutions to address our national challenges ahead. We currently think it is in the best interest of the United States and of Intel to explore how Intel could operate a commercial U.S. foundry to supply a broad range of microelectronics,” Swan stated in his letter.

Talks related to the development of chip factories in the U.S. have been underway for some time but have since gained momentum due to Asia’s fragile supply chain amid the coronavirus pandemic. Chipmakers also see this as an opportunity to generate funding for an industry that’s increasingly becoming a national security priority.

A source familiar to the topic told WSJ the Semiconductor Industry Association is conducting a study related to domestic chip production. Additional studies are also underway at the Pentagon and the State and Commerce departments.