TSMC plan is a win for the Trump administration 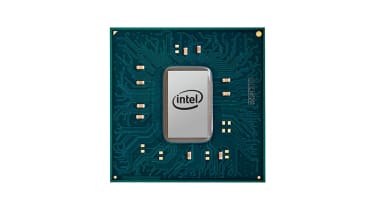 The announcement comes at a time when the Trump administration is seeking to curb US dependence on Asian technologies, such as chips.

According to those familiar with the company’s plans, TSMC confirmed it would move ahead with the project during a board meeting on Tuesday in Taiwan. At this time, both the State and Commerce Departments are involved in the plans. According to its announcement, the company will begin construction next year and plans to go into production in 2024.

While the company has yet to reveal whether it’s received any financial incentives for building in the US, TSMC has said it plans to employ upward of 1,600 individuals when the factory opens.

In its announcement, TSMC said: “This project is of critical, strategic importance to a vibrant and competitive US semiconductor ecosystem that enables leading US companies to fabricate their cutting-edge semiconductor products within the United States and benefit from the proximity of a world-class semiconductor foundry and ecosystem.”

In response to the news, US. Secretary of Commerce Wilbur Ross praised the company for its plans, stating that: “TSMC’s plan to build a $12 billion semiconductor facility in Arizona is yet another indication that President Trump’s policy agenda has led to a renaissance in American manufacturing and made the United States the most attractive place in the world to invest.

"This plan is the result of years of close collaboration among TSMC, the Governor of Arizona and his staff, and the Administration, particularly our Assistant Secretary of Commerce Ian Steff.”

Politically, TSMC’s announcement to build a chip factory on US soil is a win for the administration, as President Trump has spent a significant amount of time campaigning for companies to manufacture chips in the US. The announcement also marks a potential win for Arizona Senator Martha McSally, who is among a number of Republicans facing a tough re-election bid this year.