Lawmakers propose $22.8B in semiconductor funding

CHIPS would provide more than $22.8 billion in aid for US semiconductor manufacturers 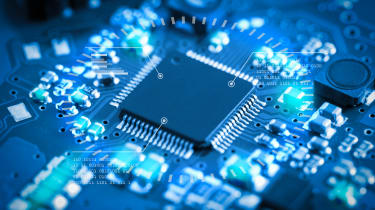 A bipartisan group of U.S. lawmakers introduced a bill to provide $22.8 billion in aid for semiconductor manufacturers on Wednesday. The bill, Creating Helpful Incentives to Produce Semiconductors (CHIPS) for America Act, aims to drive the construction of chip factories in the U.S. The bill was introduced to the Senate by Senators John Cornyn (R-TX) and Mark Warner (D-VA).

Chip factories can cost $15 billion to build, according to Reuters. CHIPS, however, would create a 40% refundable income tax credit for semiconductor equipment and any qualified investment expenditures through 2024. The bipartisan bill also proposes $10 billion in federal funds to match state incentives to build factories and creates new research and development streams to ensure U.S. leadership in semiconductor technology and innovation.

Additionally, CHIPS would create a new National Institute of Standards and Technology Semiconductor Program meant to support advanced manufacturing in the U.S. It would also authorize funding to enable the Department of Defense to execute research and development, workforce training and evaluation of activities and projects in connection with semiconductor technologies in the U.S.

“Semiconductors underpin nearly all innovation today and are critical to U.S. communications and defense computing capabilities. While Texas has been a leader in manufacturing this technology and the U.S. leads the world in chip design, most of those chips are manufactured outside the United States,” Senator Cornyn explained in a statement introducing the bill.

Per Cornyn, “This legislation would help stimulate advanced semiconductor manufacturing capabilities domestically, secure the supply chain, and ensure the U.S. maintains our lead in design while creating jobs, lowering our reliance on other countries for advanced chip fabrication, and strengthening national security.”

Senator Warner added, “America’s innovation in semiconductors undergirds our entire innovation economy, driving the advances we see in autonomous vehicles, supercomputing, augmented reality, IoT devices and more. Unfortunately, our complacency has allowed our competitors – including adversaries – to catch up. This bill reinvests in this national priority, providing targeted tax incentives for advanced manufacturing in the U.S., funding basic research in microelectronics, and emphasizing the need for multilateral engagement with our allies in bringing greater transparency and attention to security and integrity threats to the global supply chain.”

While U.S. firms, such as Intel and Micron Technology, still manufacture chips in the U.S., most chip production has shifted to Asia. Many firms rely on Taiwan Semiconductor Manufacturing Co (TSMC) and other Asian manufacturers to manufacture their chips. Just last month, however, TSMC confirmed its plans to build a $12 billion chip factory in Arizona.