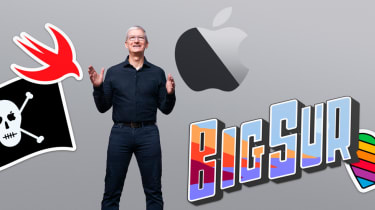 Craig Federighi, SVP of software engineering at Apple, kicked off the virtual conference with the unveiling of iOS 14. Federighi debuted exciting new features such as App Library, which organizes a user’s apps in one simple, easy to navigate view. Widgets have also undergone a redesign and can now be resized and added to the home screen.

Today’s event also included the launch of CarKey, a way to wirelessly unlock and start your car using an iPhone. The first car supported by CarKey will be the 2021 BMW 5 Series, which is scheduled to come out next month.

Apple also unveiled iPad OS 14. Photos and Music are now equipped with a sidebar that lets users move between different sections within the app, while the Apple Calendar has more controls on the top of the screen too. Today’s event also saw the introduction of Universal Search for iPads.

watchOS 7 received updates too, including additions like a rebranding of the Activity app to Fitness. watchOS 7 will also feature sleep tracking that’ll allow users to set a bedtime and wake-up alarm using the existing Apple Watch vibration alarm.

Meanwhile, a new Wind Down mode will work with the iPhone to snooze notifications when users are getting ready to head to bed.

Apple also announced a new alliance with Amazon and Google. As part of this alliance, Apple has open-sourced HomeKit. Other updates to HomeKit include the use of facial recognition based on tags in the Photos app. Facial recognition works with HomePod and can announce who is at the door while displaying live views via Apple TV.

Apple also introduced macOS Big Sur. According to the company, the new operating system is the biggest redesign since it introduced macOS 10 and borrows several elements from Apple’s iOS, including a customizable Control Center.

With the update, officially known as macOS 11, Apple also redesigned Mail, Photos, Notes and iWork and introduced a number of new Catalyst apps.

Perhaps the most exciting part was Apple's official announcements that it will switch to its own processors for future Macs. These new Apple-designed chips, dubbed 'Apple Silicon, promise new levels of performance and reduced power consumption compared to the current Intel processors used in MacBooks and iMacs.

The chips will be equipped with features unique to Mac but will share a common architecture across product lines. This means iPhone and iPads apps will run natively on macOS for the first time.