Qualcomm's shares were up 13% after news of the deal 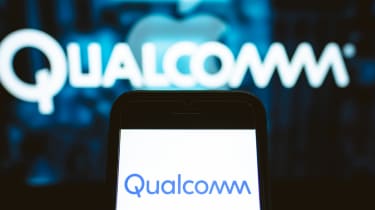 Qualcomm has successfully reached a long-term patent agreement with Huawei in order to resolve a long-term licensing dispute.

The news triggered a surge in the company's share price, up 13% at the time of writing.

The deal will see Huawei pay Qualcomm a catch-up payment of $1.8 billion (£1.39bn) in the fiscal fourth quarter.

Although US regulations mandate that Huawei is still banned from purchasing chips from Qualcomm, it has now resumed paying licensing fees for wireless technology. Licensing fees are reported to be Qualcomm’s greatest source of profit.

Qualcomm CEO Steve Mollenkopf told analysts in a phone call that, due to the “the signing of the Huawei agreement”, the company is “now entering a period in which we have multi-year license agreements with every major handset OEM”.

The settling of the dispute caused not only shares to soar, but also helped Qualcomm beat Wall Street expectations of their fiscal third-quarter earnings.

The semiconductor giant reported an adjusted revenue of between $5.5 billion and $6.3 billion, compared with analysts’ estimates of $5.78 billion, according to IBES data from Refinitiv. According to Factset, licensing revenue in the segment was $1 billion, significantly higher than the expected $851 million.

Revenues from Qualcomm’s chip segment were lower than predicted, from $3.90 billion to $3.80 billion. This has largely been blamed on the delay of a “global 5G flagship phone launch”, which is believed to be the iPhone 12. Last month, analysts estimated the mass production of the new models to be four to six weeks behind schedule.

Qualcomm expects 5G handset shipments to be 15% lower year over year in the quarter ending in September. However, the company added that it still expects between 175 million and 225 million 5G handsets to be shipped in 2020.

The agreement with Huawei comes just over a year after Qualcomm settled a long-standing legal battle with Apple. The firms had been arguing since 2017 when Apple claimed Qualcomm was charging too much for its chips. It said that just because Qualcomm leads the phone processor industry, that doesn't give it the right to charge above and beyond other manufacturers. The case seemed to go back and forth with no end until April 2019 when, out of the blue, both agreed on a settlement.