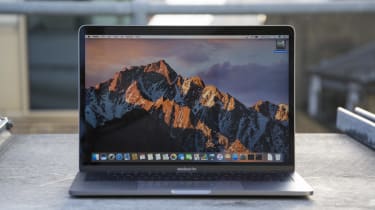 Apple has been hit with a class-action lawsuit that claims the company was aware of a design flaw that caused display issues on some MacBook Pro models.

The lawsuit, filed at the District Court for the Northern District of California, claims Apple was aware of the so-called "stage light" or "flexgate" issue that caused backlight problems on MacBook Pro models manufactured in 2016 and 2017.

As reported by Apple Insider, the issue was first discovered in 2018 and manifests as dark patches along the bottom of the ‌MacBook Pro‌'s display. Additionally, some users claim that opening their ‌MacBook Pro‌ beyond a certain angle turns off the screen entirely.

Repair company iFixit investigated the problem in 2019 and discovered that it occurred to due a flex cable that connects the display to a constoller on the logic board beneath the MacBook Pro's Touch Bar. iFixit claims these cables were defective and would deteriorate over time.

Apple seemingly fixed the issue by extending the length of the flex cable in the 2018 ‌MacBook Pro‌. The company also launched a free repair programme in May 2019, but this only applied to 13in ‌MacBook Pro‌ models released in 2016.

Others affected by the issue were forced to pay for the issue to be fixed, which was often very expensive because it usually involved replacing the entire display.

The lawsuit, which seeks seek damages, court fees and a judgment requiring Apple to identify and declare all defective MacBook Pro laptops, claims that the company violated consumer protection laws by continuing to sell the MacBook Pros while it was aware of the flex cable issue.

"Apple was aware of the issues with the backlight screen and the defective flex cable, in light of the comments posted by consumers on Apple's discussion forum and that those comments were deleted after they were posted," the lawsuit reads.