Manufacturer says shipment spike won't be until Q4 this year 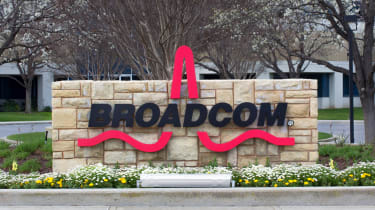 Rumours that Apple's forthcoming iPhone 12 may be delayed beyond its usual September release window have this week been strengthened by news that silicon manufacturer Broadcom is expecting demand for its components to ramp up later than expected.

Broadcom revealed that its annual spike in chip shipments would be coming in Q4 this year, according to reports from Reuters, as opposed to Q3 when the company usually sees shipments accelerating. Analysts generally believe that this pattern coincides with the launch of each new generation of iPhone; a delay in Broadcom's shipment patterns, therefore, is likely to mean that that the iPhone 12 is similarly delayed.

In the past, Apple was known to release new phone models in late September. However, new estimates predict that the iPhone 12 could only be launched in the final quarter of 2020, without ruling out a delay which could drag the release date to 2021.

Last year, Apple provided around a fifth of Broadcom’s revenue, making the chip manufacturer heavily reliant on the iPhone-maker. At the beginning of the year, the two companies agreed on a $15 billion (£11.3bn) deal which entailed that Broadcom would supply Apple with wireless chips until at least mid-2023. In June, it was announced that Broadcom’s quarterly revenues were impacted by the delayed phone launch of the manufacturer’s “large North American mobile phone customer”, largely believed to be Apple.

However, manufacturers across the tech industry had been heavily impacted by the coronavirus pandemic and the restrictions imposed to curb its spread, such as factory closures or delays in transportation.

Despite this, Broadcom forecast its fourth-quarter results above Wall Street estimates. The predicted revenue of $6.4 billion (£4.82bn), plus or minus $150 million (£112.87m), was significantly more than the average $6.14 billion anticipated by analysts, according to IBES data from Refinitiv.

The pandemic had also kick-started a new-found demand for semiconductors, due to the sudden shift to working from home on an unprecedented scale. However, companies such as HPE and Intel were unable to meet the high demand for the components, causing declining revenues as well as PC shipments.