Intel expects a surge in IoT, and these processors are ready to handle it 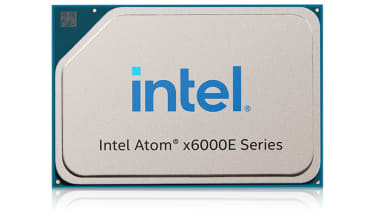 Intel has turned its focus to the Internet of Things (IoT) with the release of several new processors at the Intel Industrial Summit 2020: the 11th Generation Intel Core processors, the Intel Atom x6000E series processor, and the Intel Pentium and Celeron N and J series processors.

IoT is an emerging sector, and experts industrywide expect huge growth in it over the next 5-10 years. Intel’s newest processors will help meet this anticipated boom by bringing new artificial intelligence (AI), security, functional safety and real-time capabilities to edge customers.

The 11th Gen Core Processors are honed specifically for IoT applications, which require high-speed processing, computer vision and low-latency deterministic computing. They deliver in these areas with up to a 23% improvement in single-thread performance, a 19% boost in multithread performance and nearly a three times performance in graphics over the last-gen Core processors.

The 11th Gen processors also feature dual-video decode boxes, allowing them to process up to 40 1080p video streams simultaneously at 30 frames per second. They can also output up to four 4K channels and two 8K channels, and their AI-interfacing algorithms can handle up to 96 graphic execution units or run on the CPU with built-in vector neural network instructions (VNNI).

Some of the sectors Intel says the 11th Gen Core processors will shine include:

Like the 11th Gen Core processors, the Atom x6000E Series and Intel Pentium and Celeron N and J Series processors are enhanced for IoT applications.

As for visual performance, these processors can handle up to three simultaneous 4K displays at up to 60 frames per second. They also feature built-in hardware-based security.

Intel recommends these processors for the following industries:

The  Intel Atom, Pentium and Celeron processors come in 12 pin-compatible options and feature a wide range of dual- or quad-core setups. Frequencies range from 1 to 1.9 GHz, but burst frequencies can reach as high as 3 GHz. They can also support up to 64 GB of DDR4 or LPDDR4/x memory.