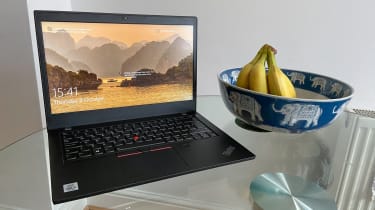 There’s always a subtle hint of nostalgia when working on a ThinkPad. The laptop hasn’t changed much since the release of its very first model in 1992 and is as much of a nineties staple as AOL or the Spice Girls, down to that iconic little red dot in the middle of the keyboard which is supposed to be useful but really isn’t (more on that later).

When buying a ThinkPad, users have come to expect a certain level of dependability from the device, regardless of whether it’s a ThinkPad X1 Carbon or a ThinkPad X390. Described as a “powerful, entry-level laptop”, the L14 is aimed at professionals looking for a standard, no-fuss device that doesn’t sacrifice its performance.

However, can it truly live up to the ThinkPad’s iconic status?

Although ThinkPads might still be associated with the unappealing boxiness of nineties hardware, the L14 definitely exceeds expectations and shows that appearances can be misleading.

While most modern laptops seek to charm users with their sleek, aluminium looks, the ThinkPads are still made out of the classic fibre-reinforced plastic which has that reassuring feel to it. It may not be pretty, but it’s sturdy and makes it difficult for the device to slip out of your hand when carrying it around. 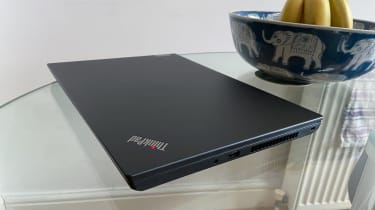 On the other hand, it definitely isn’t the lightest device out there - at 1.65kg, it’s around 400g heavier than most modern laptops. Its weight might make it tiresome to carry around all day and the ThinkPad’s signature chunky design might make it difficult to fit into a small bag. However, a tote bag might suffice if it’s just for a short walk to the local cafe. After all, it doesn’t seem like we’ll be commuting anywhere further until 2021.

At first glance, the 14in 1080p IPS display seems perfectly acceptable. In fact, it gave the impression of a reasonably bright screen capable of producing vivid colours. However, further inspection and a few tests revealed that colour fidelity is far from ideal. The L14’s screen covered just 59.5% of the sRGB colour gamut, while the maximum brightness is only 243.5 cd/m2. That’s a poor technical showing, and we’d be concerned about using the laptop in bright conditions, or for anything requiring colour accuracy.

Nevertheless, it does have its assets. The anti-glare coating helps alleviate some of the brightness issues and is also available with a touchscreen. Despite the poor colour accuracy, we wouldn’t write this screen off completely. It’s not best-suited for users who spend a lot of time mixing colours in Photoshop or InDesign, but it’s pleasant enough for simple office tasks.

The ThinkPad range has been using what is essentially the same keyboard for most of its history, and in comparison to other laptop keyboards of the 21st century, the L14’s backlit keys (with two levels of brightness) may seem quite chunky and ungraceful. However, there’s a reason the ThinkPad keyboard has remained unchanged for all that time; it’s not only comfortable to type on, but also among the sturdiest laptop keyboards around.

We can’t discuss the ThinkPad’s keyboard without mentioning the elephant in the room;  disguised as a little red dot, the classic Trackpoint nubbin is arguably one of the most controversial elements of modern laptop design. As Lenovo’s chief design officer David Hill once famously said: “Some people get it and some people don’t; some people acquire the taste. It’s hard to explain, but I still think there’s a use for it.” The L14’s Trackpoint might have been reworked to be less sensitive and more precise, but that doesn’t mean that there’s much need for it apart from its visual appeal. 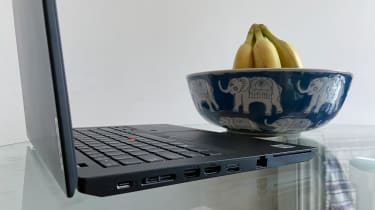 It’s safe to say that the ClickPad - another distinctive hallmark of the range - was not our favourite part of the laptop. It often got out of hand and fought hard to establish a life of its own. Finding the right angle on the trackpad to click on something was especially challenging, making the working process a rather stressful experience. It almost seemed as if Lenovo specifically intended users to only use the mouse buttons above the trackpad rather than the somewhat temperamental buttons built into the trackpad itself and, although it can be done, it takes time to get used to.

Users seeking extra security will be impressed with the options offered by this laptop, with biometric login supported by both a fingerprint scanner or facial recognition. We chose the former and it was largely unproblematic. It might have denied us access on a few occasions but it was still way more efficient than the iPhone’s TouchID. However, users should bear in mind that the feature is available in only two out of the five possible L14 configurations.

The L14 laptop also comes with an integrated suite of Lenovo’s ThinkShield security solutions, unveiled by the company two years ago, and a ThinkShutter privacy cover for the webcam.

The L14 comes with a perfectly acceptable number of ports: two USB 3.1 Gen 1, one HDMI 1.4, an RJ45, and a USB-C for its 65W charger. There’s also a MicroSD card reader, while users are able to choose whether the device includes a SIM tray.

One potential drawback is that the L14 only has one 3.5mm jack port which is intended for microphones and headphones alike. However, this is perfectly fine for an entry-level laptop and it didn’t prove to be troublesome at all. 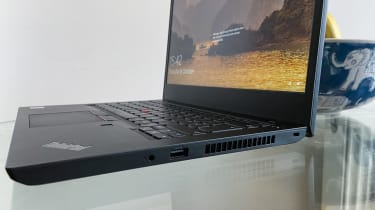 The L14’s battery definitely has a lot of potential. Lenovo claims that the L14 has a battery life of 12 hours and, as we put it to the test, the statement proved to be (almost) factual. The ThinkPad’s battery managed to survive 11hrs 18mins in our battery testing, which is quite impressive. In practise, however, we found that the real-world battery life isn’t anything like as good as this.

On a busy day with reasonably intense use - with an average 15 tabs open in Google Chrome - the battery only lasts around five hours. Chances are slim that it will last you a full workday, so you’ll want to make sure you carry a charger. On the other hand, once you connect the L14 to a power outlet, it’s capable of charging up to 80% in just one hour, so all is not lost. Nevertheless, we felt quite underwhelmed by this disappointing battery life.

The Lenovo ThinkPad L14 uses Intel’s Core i5-10210U CPU and 8GB DDR4 3200MHz RAM. Although it’s not the most powerful option out there, it performs well enough for simple office tasks but could become overwhelmed when under an increased strain with numerous programmes running at once.

In our benchmark tests, the L14 scored an 87 in image editing, 115 in video editing, and a 28 in multitasking, which reflected our initial impressions. Its overall score was 67 - not the strongest, but certainly adequate for most users. It’s outpaced by most of the competition, such as the LG Gram 14 and its overall score of 73, but at this price, it’s hard to complain. Basically, it’s just enough muscle to get you through the day, if you manage to stay away from anything too demanding.

The Lenovo ThinkPad L14 doesn’t have a lot of negative qualities but the severity of them, such as its heavy weight or poor colour fidelity, might be considered a dealbreaker to some. Moreover, we believe that in this price bracket, Lenovo could have done better with the L14’s battery. 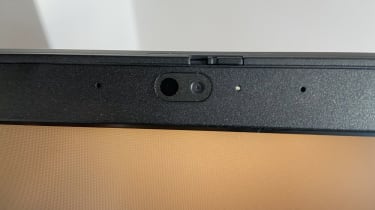 On the upside, the charging time is remarkably fast and the keyboard is very comfortable to work on. Fans of a good worktime playlist will definitely appreciate the Dolby Audio speakers, while those who tend to get a bit paranoid about webcams will welcome the added ThinkShutter privacy cover. The time has come to rip off that tacky bandaid - it never looked professional anyway.

Overall, if you’re looking for without demanding too much, the L14 might be just for you.