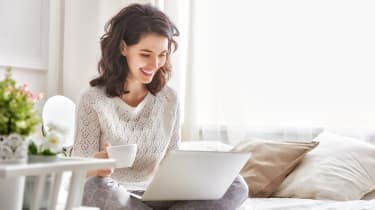 The PC market grew at the fastest rate in a decade during the third quarter of 2020, thanks to the surge in demand for hardware due to offices physically closing and employees working from home.

After a weak first quarter, and a recovery during the subsequent three months, the latest quarter saw a massive rise in PC shipments, 12.7% higher than during the same period in 2019.

This is the highest growth the market has seen in the last 10 years, according to analyst agency Canalys, and equated to the shipment of 79.2 million units, including 64.6 million notebook shipments.

“Vendors, the supply chain, and the channel have now had time to find their feet and allocate resources towards supplying notebooks, which continue to see massive demand from both businesses and consumers,” said Canalys analyst Ishan Dutt.

“After prioritizing high-value markets and large customers in Q2, vendors have now been able to turn their attention to supplying a wider range of countries as well as SMBs that faced difficulty securing devices earlier this year.”

Governments across the world have also intervened with financial support or even full-scale device deployments, Dutt added, further fuelling the growth in shipments between the second and third quarters of 2020.

The continued effects of the COVID-19 pandemic, particularly the accelerated transition to remote working, has seen notebook and mobile workstation shipments surge by 28.3% year-on-year. Desktops and desktop workstations, by contrast, shrunk by 26%.

Despite shipping approximately 12 million units, Dell actually slipped in terms of annual growth, shrinking by 0.5% year-on-year, and seeing market share decrease from 17.1% in 2019 to 15.1% in 2020. This was the only vendor to see shipments reduce.

Apple and Acer, as well as other manufacturers, enjoyed double-digit growth rates versus performance in Q3 2019.

The global tablet market was previously reported to have enjoyed a highly promising surge during the second quarter of the year, also due to the demand caused by remote working, with worldwide shipments climbing 26% year-on-year.

The record-breaking increase can also be explained by the release of shipments following the continued effects of pent-up demand after vendors struggled to fulfil orders during the first quarter of 2020. Google, for example, revealed it was facing a laptop shortage in May for this very reason.

The EMEA market saw a 3.1% decline in PC shipments the first three months of the year, according to IDC, because the immediate effects of COVID-19 constrained the supply chain for many vendors.

With offices beginning to close at that stage as lockdowns across the world came into force, the surge in remote working created a demand that only recently manufacturers have been able to meet compellingly.