The deal will enable the US chipmaker to focus on AI, 5G, and autonomous edge capabilities 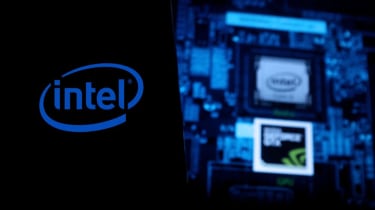 Intel has reached a deal to sell its NAND memory and storage business to SK Hynix for $9 billion (£6.9 billion).

The deal will see the South Korean semiconductor giant take over Intel's NAND SSD business, NAND component and wafer business, and the chipmaker's Dalian NAND memory manufacturing facility in China. Intel's Optane memory business is not part of the deal, however, and will remain with the US chipmaker.

SK Hynix says the deal, which will turn it into the world's second-largest NAND memory producer after Samsung, will enhance the competitiveness of its storage solutions, including enterprise SSDs, in the rapidly growing NAND flash space.

“I am pleased to see SK Hynix and Intel's NAND division, which have led the NAND flash technology innovation, work to build the new future together,” said Seok-Hee Lee, CEO of SK Hynix.

“By taking each other's strengths and technologies, SK Hynix will proactively respond to various needs from customers and optimise our business structure, expanding our innovative portfolio in the NAND flash market segment, which will be comparable with what we achieved in DRAM.”

Intel, on the other hand, says it plans to invest the deal's proceeds into various artificial intelligence, 5G, and intelligent autonomous edge capabilities.

Bob Swan, Intel CEO said: “I am proud of the NAND memory business we have built and believe this combination with SK Hynix will grow the memory ecosystem for the benefit of customers, partners and employees.

"For Intel, this transaction will allow us to further prioritize our investments in differentiated technology where we can play a bigger role in the success of our customers and deliver attractive returns to our stockholders.”

The deal comes just a year after Intel sold the majority of its modem business to Apple for $1 billion, which it said at the time would allow it to “[put] our full effort into 5G".

Intel and SK Hynix say regulatory approval is expected by late 2021, with a final closing of all assets, including Intel’s NAND-related intellectual property, set to take place in March 2025.

In the meantime, Intel will continue to produce wafers at its Dalian facility and will retain its IP.