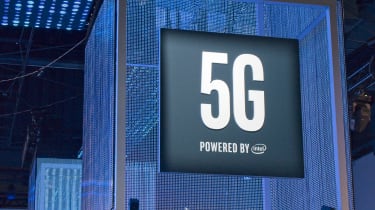 Intel has launched updated versions of its 2nd-gen Intel Xeon Scalable Processors in a bid to better fight AMD’s Epyc Rome family of data centre chips and make its mark on the 5G market.

Originally set to debut at Mobile World Congress (MWC) before the chipmaker pulled out and the show was ultimately cancelled due to the coronavirus outbreak, Intel’s latest Xeon parts were instead shown off at an event in London attended by IT Pro.

The new SKUs, codenamed “Cascade Lake Refresh” and described by Intel as “the next-generation platforms for cloud-optimised, 5G-ready networks,” target the mainstream and value ends of the server market. Though still based on the chipmaker’s ageing and shortage-ridden 14nm fabrication process, the updated 2nd-gen Xeon Scalable processors offer partners additional cores (four to six more than its last-gen Xeon CPUs), higher cache, and higher clock frequencies of up to 3.9GHz.

Intel claims the “broad purpose” data centre CPUs will equip its customers, which includes the likes of AWS, Microsoft and Tencent Cloud, with a 36% increase in performance compared to its previous Intel Xeon Gold Cascade Lake processors, along with 42% higher performance-per-dollar on database workloads.

At the top-end sit the Intel Xeon Gold 6256 and 6250, which feature the industry’s highest server processor frequency, delivering a base and turbo frequency up to 3.9GHz and 4.5GHz, respectively, making them optimal for workloads that scale with clock frequency, such as financial trading, simulation and modelling, HPC (high-performance computing) and databases.

Intel is updating its Bronze, Silver and Gold processors only, with no current plans to upgrade its top-end Platinum CPU. That means the Xeon Platinum 9200 series which launched last April, complete with a hefty 56 cores, 112 threads and support for up to 12 channels of DDR4 memory, remains Intel’s top-of-the-line data centre offering for HPC workloads.

“We’re no longer just a CPU company. Our plan is to accelerate our data centre investments to play a bigger part in this emerging, data centre opportunity,” said Matthew Penney, sales account manager at Intel.

“This is driving growth in the areas of 5G — which itself is driving an explosion in manufacturing and automation - along with AI, edge computing and the cloudification of everything. The growth of cloud is in double digits, and we expect to see that continue for the next five years.”

The launch of the refreshed Xeon Scalable processors come in response to the growing popularity of AMD’s Epyc CPUs. Team Red’s latest data centre CPUs are based on the company's 7nm Zen 2 core architecture, which has not only led to higher core counts and clock speeds, but also to significant efficiency and IPC (instructions per cycle) gains. Currently, AMD's EPYC Rome line trumps Intel's Xeon offerings with a 1.4 to 1.8 times better performance per dollar proposition, which has seen AMD increase its enterprise server market share over the last two years from effectively zero to almost 5%.

While Intel is targeting the lower end of the market with this release, the chipmaker’s 3rd Gen Xeon Scalable processors, codenamed “Cooper Lake," are due to arrive later this year with up to 56 cores to tackle AMD's higher-end EPYC processors, followed by the company’s first server processors to use its 10-nanometer process technology.

Intel had also planned to go big on 5G at MWC. Though the company was recently forced to exit the mobile 5G modem business after Apple and Qualcomm settled their legal disputes, which resulted in the company flogging its smartphone modem business to Apple, the company is hoping to make its mark in base stations and boldly plans to capture 40% of the market by 2021 - a year earlier than first predicted.

At last year’s CES the company debuted “Snow Ridge," a 10nm SoC platform designed to be used in wireless base stations and at the edge of 5G networks, enabling carriers to boost the “intelligence” of next-generation networks.

Building on this, the company on Monday announced the Atom 5900, the first Intel architecture-based 10nm SoC for wireless base stations that the company says will help operators meet 5G users’ “insatiable demand” for data.

Snow Ridge is capable of serving multiple data streams from various types of applications, with total bandwidth amounting theoretically to 100Gb/sec. It announced on Monday that the new SoCs, which range for 4 to 24 cores, will offer 3.7 times faster packet balancing throughput compared to software-based solutions, along with 5.6 times faster packet security throughput thanks to Intel’s Quick Assist technology and integrated packet processing courtesy of its Ethernet 800 Series Switch.

Intel also on Monday announced it’s all-new structured ASIC (application-specific integrated circuit), codenamed ‘Diamond Mesa,’, that’s aimed at 5G wireless applications. Structured ASIC is an intermediate technology between ASIC and FPGA - a market Intel entered with its acquisition of Altera in 2015 - that enables products to be introduced quickly to market, to have lower cost and to be designed with much more ease than a custom ASIC.

“They then migrate to devices called structured ASICs, which can be used to optimise performance and power-efficiency.”

Diamond Mesa, Intel claims, offers twice the performance of its first-gen custom logic, along with a 50% power reduction. It’s footprint-compatible with Intel FPGAs, the company says, making it easy for existing customers — which includes the likes of Nokia, Ericsson and ZTE - to upgrade to the higher performance solution.

Diamond Mesa, which is the first product the chipmaker has showcased since it acquired structured ASIC specialist eASIC back in July 2018, is aimed predominantly at radio access networks, but is also suitable for cloud storage providers, embedded systems and military and aerospace use, Intel says.

An early access program for Diamond Mesa is open now to a “limited number” of Intel customers, with a full production expected to begin in 2022. 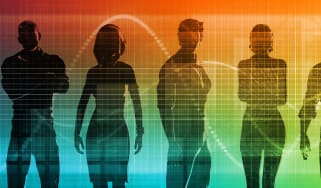 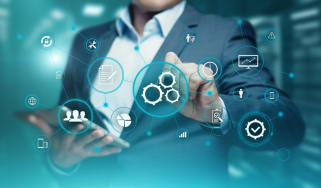