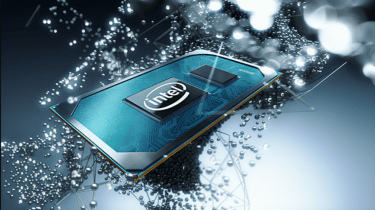 Intel has launched its 11th-gen Tiger Lake CPUs built on the 10nm process, promising greater power and efficiency in approximately 150 ‘thin and light’ devices expected to launch by the end of the year.

Nine new CPUs across Core i3, i5 and i7 variants will feature in devices with Thunderbolt 4 and Wi-Fi 6 support, offering a 20% performance boost on day-to-day office tasks, as well as a roughly 20% improvement to system-level power. These improvements will translate roughly to an additional hour of video streaming on battery.

These new systems are also being launched alongside the company’s Intel Iris Xe integrated graphics, which the firm claims performs much better in conjunction with 11th-gen chips compared to the current output you get when you have a 10th-gen chip working alongside Nvidia’s GeForce MX350.

The graphics chip allows for support for 8K HDR displays, as well as four 4K HDR displays simultaneously. This is in addition to the GPU’s AI engine, which Intel claims offers performance improvements to features, such as background blurring on video calls.

“From productivity and content creation to entertainment and gaming, when you pick a system powered by 11th Gen Intel Core – especially one of our new Intel Evo co-engineered and verified designs – you know you are getting the best laptop experience possible.”

The Evo certification will also be attached to new devices that meet a certain threshold. This bar comprises support for Thunderbolt 4 and Wi-Fi 6, as well as up to nine hours of battery life, fast-charging with up to four hours in under 30 minutes, as well as system wake-up from sleep in less than a second.

The announcement has also been made alongside a logo refresh and new jingle for the company, as it hopes to turn over a new leaf following a rocky few months.

The firm was recently forced to delay its 7nm CPUs for at least six months, with customers and investors warned not to expect products fitted with these chips until 2022 or 2023. This was due to a “defect mode” in the 7nm process that caused degradation in yield. As a result, the company ousted its chief engineering officer Dr Venkata “Murthy” Renduchintala.

This all happened alongside news that Nvidia finally overtook the company as the most valuable US chipmaker.

Intel's new 11th-gen chips are still built on the 10nm architecture, although they are based on the company’s ‘SuperFin’ process technology, meaning they offer better performance at lower power consumption levels.