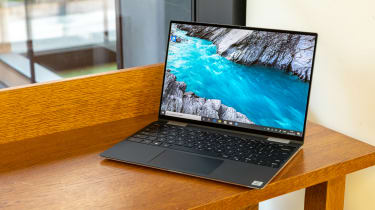 The Dell XPS 13 has long been one of our favourite laptops. The 2-in-1 version takes that winning formula and adds a fold-around screen, giving you the option of working in tablet, “stand” or “tent” modes, as well as the regular clamshell format.

Previous iterations of the device suffered from a slightly sub-par performance and battery life, but this has hopefully been corrected with more powerful and power-efficient components. Whether it can live up to the legacy of Dell’s excellent XPS 13, however, is a different matter.

As with all Dell’s XPS 13 systems, the 2-in-1 features an eye-catching “InfinityEdge” display, which in layman’s terms means thin bezels. It looks great, and allows Dell to squeeze a 13.4in screen into a chassis that measures 296 x 207mm, with a 13mm depth at the rear that tapers to 7mm at the front. It’s wonderfully portable, although at 1.33kg it’s weightier than most 13in laptops.

Dell offers the CNC-machined aluminium machine in two colours: “Platinum Silver” or “Arctic White”. We were sent the traditional silver design, and the black touchpad and subtly patterned wristrests look stylish and feel pleasingly warm to the touch, but we found they quickly became smudged with fingerprints and palm-prints.

As always with a convertible, holding the 2-in-1 in tablet mode is jarring at first as your hand presses down on the keyboard. Fortunately, the XPS 13’s keys are low profile, yet they still feel beautifully crisp and positive to type on: it’s one of the best-feeling keyboards we’ve ever tried. The layout is agreeably spacious, too. Our only issue is an old nemesis: the half-height PageUp and Down keys, which are situated flush with the left and right cursor keys and are annoyingly easy to hit by accident. 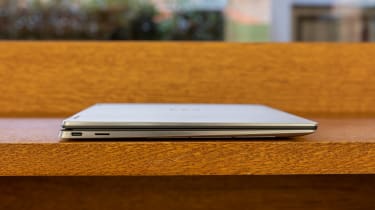 The roomy 112 x 67mm touchpad is smooth and precise. It’s hinged at the top, so physical clicks register better in its lower half, but we found taps and swipes were picked up perfectly all across its surface.

We’ve never been a fan of widescreen displays on laptops: we prefer the taller 3:2 format of Microsoft’s Surface devices. Dell’s new 1,920 x 1,200 panel is a bit more rectangular than that, but it’s an improvement over the Full HD displays of previous XPS laptops.

It’s a superb screen, too. We measured a maximum brightness of 538cd/m2, while a contrast ratio of 1,761:1 ensures that the picture is solid and vibrant, with the sort of dynamic range that only an OLED panel could beat. Even better is the screen’s colour performance: it delivered 97.1% coverage of the sRGB colour space, with an average Delta E of 1.18. There’s also support for HDR video streaming, although not for wide-gamut apps or games.

We’ve only one reservation about the screen and that’s its sharpness. The expensive 4K+ variants boast an ultra-high pixel density of 338ppi, but on the Full HD+ models that’s slashed to 169ppi. That’s coarser than the 267ppi of the Microsoft Surface Pro 7 – and it shows. Text, in particular, is soft-edged rather than sharp and smooth.

The XPS 13 2-in-1 uses Intel’s tenth-gen, top-of-the-range mobile Core i7 processor, the i7-1065G7 – so despite its slimline design, we expected strong performance. And in the benchmark tests, that’s what we got, with an overall benchmark score of 99. Geekbench 4 tells much the same story, with results of 5,624 (single-core) and 18,960 (multicore). 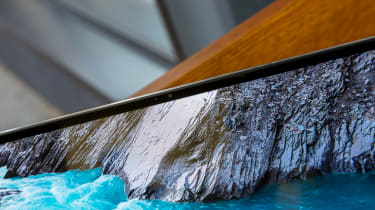 The Core i5 version comes with bog-standard integrated graphics but the Core i7 silicon includes Intel’s more powerful Iris Plus GPU. This doesn’t mean you can run the latest 3D games with all the detail settings whacked up to maximum: the Full HD, high-detail Hitman 2 benchmark proved beyond its capabilities, giving a jerky average frame rate of 16fps. Even so, GFXBench confirmed that there’s plenty of graphical power here: 52.6fps in the onscreen Car Chase test and 59.2fps offscreen are roughly double what Intel’s previous-generation Ultra HD graphics provide.

Battery life was another strength with our test system, but note this includes a Full HD+ screen; if you choose a 4K+ display, expect battery life to be reduced by an hour or two. In our video-rundown test, with the display set to a brightness of 170cd/m2, the XPS 13 2-in-1 lasted a creditable 9hrs 8mins, easily outlasting most of its 2-in-1 competitors.

One controversial aspect of the Dell XPS 13 2-in-1 is its physical connectivity – or rather its lack thereof. The XPS 13 2-in-1 eschews old-style USB Type-A connectors, with two USB-C sockets (one at each side) for connecting peripherals and charging. These both support Thunderbolt 3, so they’re fast and versatile, but if you want to hook up legacy devices you’ll need to use the supplied USB-C to USB-A adapter. The only other sockets on offer are a microSD card slot and a headphone jack.

Another compromise is the webcam. Kudos for cramming a 720p sensor into the tiny upper bezel above the screen, but we found the image soft and noisy: it’s fine for tianing into a weekly stand-up, but if you’ve got an important remote presentation to do you’ll probably need something better. Note that there’s no infrared webcam support either, which means no facial login, but a fingerprint reader is built into the power button.

The tinny speakers are clear but quiet. We’d be happy to use the XPS 13 2-in-1 to join a conference call, but not to present any video media on. Still, the built-in microphone is surprisingly clean and warm. 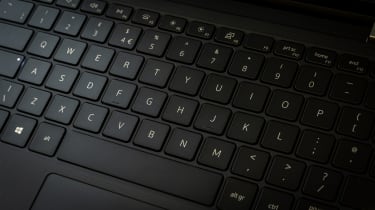 As a final plus point, the XPS 13 2-in-1 supports 802.11ax, so you can take advantage of the very fastest Wi-Fi speeds – just as soon as you buy a compatible router.

Every convertible design has its trade-offs but the XPS 13 2-in-1 is the most attractive take we’ve seen on the idea. Dell has created an uncompromising laptop that just happens to also offer the convenient option of flipping around into tent or tablet mode.

Of course, if you have no use for the folding design, you can save money by choosing a regular Dell XPS 13 or a Surface Laptop with a taller, sharper screen. Conversely, if you plan to use tablet mode on a regular basis, you might find the Surface Pro 7 suits you better: it’s lighter and doesn’t have a keyboard sticking out of the back.

But for many users, we suspect the idea of a high-quality touchscreen system that can occasionally be transformed into other modes will hit the sweet spot. Even if you’d usually turn your nose up at a convertible, you might find it hard to resist the charms of this fast, stylish and portable machine.