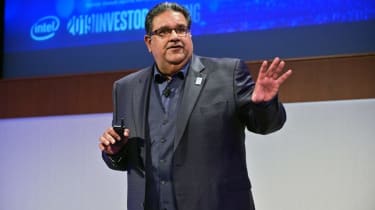 The firm's technology, systems architecture and client group are to be separated into teams "effective immediately", the company said, with each reporting directly to CEO Bob Swan.

Dr Ann Kelleher, who previously led manufacturing, will take charge of technology development, leading Intel's work on the 7nm and 5nm processes. Dr Mike Mayberry will consult and assist in the transition until his planned retirement at the end of the year.

Keyvan Esfarjani will take over the firm's manufacturing operations, with Josh Walden in charge of design engineering and Raja Koduri becoming chief of Intel's architecture, software and graphics work.

As a result of these changes, Renduchintala will leave Intel at the start of August, the company announced. The changes follow recent announcements that Intel's next-gen 7nm chips are to be delayed until at least 2022. The firm's 10nm processors also suffered from years of delays, causing bottlenecks for the laptop industry. Intel didn't specify why Renduchintala was leaving.

"I look forward to working directly with these talented and experienced technology leaders, each of whom is committed to driving Intel forward during this period of critical execution," said CEO Bob Swan.

"I also want to thank Murthy for his leadership in helping Intel transform our technology platform. We have the most diverse portfolio of leadership products in our history and, as a result of our six pillars of innovation and disaggregation strategy, much more flexibility in how we build, package and deliver those products for our customers."

Renduchintala joined Intel from Qualcomm in 2016 and was quickly put in charge of critical sections of its business, such as design and engineering. According to reports, he was tipped to be the CEO of Intel following the departure of Brian Krzanich.