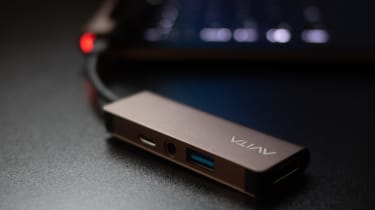 You may remember the Hong Kong-based manufacturer Avita for the Liberace-style Liber laptop it released in 2019. The firm is back for 2020 with the Admiror, a 14in notebook that has that same thirst for elaborate design, just with a little more restraint this time around.

What's more, this mid-ranged machine is housing greater specs than the company usually opts for. It may not have the fame of a Dell, Lenovo or HP, but this colourful little notebook could be the thing that lifts the Avita brand to new heights.

Avita describes the Admiror's design as "gothic architecture portrayed via contemporary aesthetics". That might have been muddled in translation, because to us it's more 'raw' and 'autumnal' than gothic. The aluminium and magnesium body is sharp and square, with a big bar concealing its hinges and rust-like colours called 'Flaming Copper' and 'Blazing Brown'. The keyboard section has a somewhat homemade look, with visible screws holding everything in place. We like this though, as it has a distinct style and originality that you hardly see from other manufacturers. You can recognise a MacBook or a ThinkPad from a mile away, and this laptop has a similarly unique silhouette.

Part of its charm is a selection of little stylistic touches that hold it together. On their own, they could be dismissed as unnecessary, but together they add a lot. For instance, the two USB-C ports on either side are decorated with a light that turns from red to green when charging. Below the keyboard, the Avita logo looks like it was expertly carved into the device. Even the placement of speaker holes down the side of the keyboard is pleasing on the eye. These are all small trimmings, but they add to its overall appearance in a big way.

The Admiror's 14in full HD display has a 1,920 x 1,080 resolution and a 16:9 aspect ratio, which seems fine to the naked eye. The TFT screen is an unusual touch, compared to what else is on the market. Although this is a fairly good use of the technology, it isn't as crisp as an IPS panel, which replaced TFT some years ago as most laptop manufacturers' screen format of choice. It looks vivid and bright, but the quality isn't as obvious as one would see from an Apple or Samsung device. There aren't any visibility issues or poor colour performances either, though - it's very much middle-of-the-road stuff. 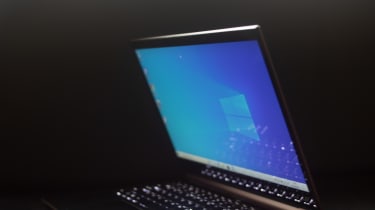 This was backed up in our DisplayCal test, where it scored 81.5% gamut coverage with brightness that peaked at 398cd/m2. This confirms that it's nothing special in the wider laptop market, but within its price range it's impressive. The similarly priced Lenovo ThinkPad L14 had significantly less quality, and the 14in machines that beat the Admiror in this area are often far more expensive, such as Huawei's MateBook 14.

There is a delightful clack that emanates from the Admiror's keyboard that almost sounds like tap dancing once you reach full typing speed. The keys have quite a lot of travel too, and your fingers virtually fall into the device. Our only concern was a little crunch on the 'N' key, but that could just be our review unit. We're willing to overlook that, however, just for the way it looks in the dark. It's softly backlit in a way that makes you want to work in the dark. The trackpad was also good, with nice firm click actions for the left and right mouse buttons and lots of reach across the screen.

Thus far, the few UK offerings from Avita have been low powered affairs. The Liber had an Intel Core i3-8130U processor, putting it far below the competition. The Admiror, however, has packed in an AMD R7 3700U, matched with 8GB of RAM and a 512GB SSD.

In Geekbench 5 the Admiror fared relatively well, with single-core scores of 812 and multi-core scores of 2,839. That's on par with the similarly priced Samsung Galaxy Book S (736 and 2,891) and just below the more expensive Asus ExpertBook (1,192 and 2,839). It isn't a huge achievement, and this will obviously look poor up against a MacBook or Surface Pro, but for its price, it holds its own.

From our own experience, the Admiror is a very dependable workmate. At peak points of the day, where multiple taps or apps or tasks are on the go, the machine powers through and provides a smooth operation. Download, stream, and chat all at once and the only sign of exertion may be a slight hum emanating from its insides. While the Admiror has underperformed in our tests, it acquitted itself well in day-to-day operations.

With last year's Liber and 202o's Ryzen 5-based Pura, Avita didn't really show much promise with battery life, both lasting well under ten hours. The Admiror is actually worse, managing just 6 hrs 41 mins on our looped video test. This is the way it tends to be with Avita and for all its splendid design and performance, the limited battery will be a turn off for consumers. 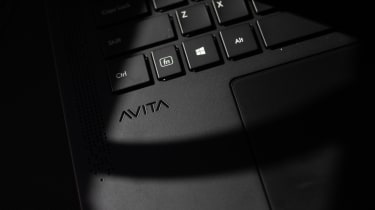 For everyday use, the manufacturer puts it at around 10 hours and this is certainly what we found with day-to-day use. But this should be an area of concern for Avita, not least because remote working means less time in an office near a plug socket. These days, users need much more juice.

The Admiror isn't the lightest machine on the street, but it's not bulky either at 1.32kg and only 18mm thick. That's partly due to the lack of ports on the actual machine. There are but two USB-C type connections on either side; for charge, audio, data transfers and hooking up another device, such as a monitor.

If you want to use a different type of connection, however, you'll need to use the external adapter which comes free with the laptop. This holds a USB-A port, a full-size HDMI port, another USB-C port, a Micro SD slot and a 3.5mm headphone jack. This is quite a good way of keeping the size of the machine down, but you'll be left with just USB type -C connections if you lose it.

Much like Huawei's MateBook range, the power button on the Admiror doubles as biometric security with a rather snappy fingerprint sensor. This impressed us as it was quick in action and also super speedy to set up.

The Avita Admiror is well worth its £667 price tag in all but battery life. That's the only reason we're not fully singing its praises, as most machines in that range hit closer to ten hours. This is a device with plenty of charm, but probably not enough to overlook its underpowered battery.

Otherwise, performance was good, as was the display, and the combination fingerprint sensor and power button is as good as any we've come across - just as quick as the Huawei MateBook X Pro. But, what really sets this apart is that "gothic" design. That really is something to admire.