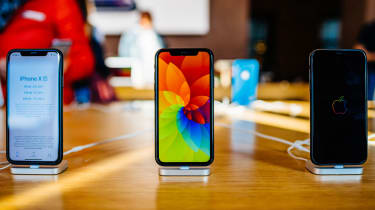 Cash-strapped Apple screen supplier Japan Displays has announced it plans to receive up to $829 million in investment funds from Tokyo-based Ichigo Asset Management.

The struggling smartphone display manufacturer said it has agreed on the basic details of the deal, which sees Ichigo join Apple and Taiwanese contract electronics manufacturer Wistron Corp in bailing out the company.

Citing two people close to the discussions, The New York Times reports that Ichigo is offering to inject 40-45 billion yen into the firm by purchasing common shares upfront at 50 yen per share.

That could see the asset management company exceed 50% ownership, the sources said, although one added that the target being discussed amounts to just under half.

Japan Display said the deal will be finalised in January and completed by March, with Ichigo CEO tipped to join the business as co-chairman.

"Ichigo has told us that they hope to see us turn around while keeping Japanese technologies with us," Minoru Kikuoka, Japan Display CEO, told reporters.

The bailout now looks set to stabilise the supply of these displays, with Apple also tipped to be investing $200 million via the purchasing of equipment at a smartphone screen plant.

The New York Times added that Apple's inclusion and commitment to supporting the business has reassured potential investors, with one anonymous source describing the move as "a vote of confidence".

Japan Displays is still reported to owe the Cupertino giant upwards of $800 million for the cost of building the display plant four years ago. Over the last five years, a combination of a late shift to OLED and a slowing smartphone market has also contributed to a loss of money for the firm.

Previous investment talks, such as those with Chinese investment company Harvest and a consortium named Suwa, proved unsuccessful.