Apple says App Store has earned developers $155 billion since 2008, with a quarter of that coming in 2019 alone 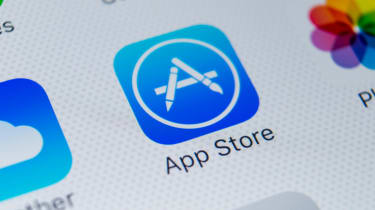 Apple has reported record sales in services — but App Store aside, hasn't revealed much detail about services revenue.

The company has been steadily expanding its services beyond the App Store, adding Apple Music in 2015 and Apple Card and Apple TV+ streaming service last year, as it hopes to avoid a revenue slip as iPhone and iPad sales plateau.

According to a statement published by Apple, App Store customers spent a record $1.42 billion between Christmas Eve and New Year's, up 16% from last year. Of that total, $386 million was on New Year's Day alone, up by a fifth from last year a new single-day record for the App Store.

Since the App Store arrived more than a decade ago, developers have earned $155 billion via the platform — with a whopping 25% of that revenue coming in 2019.

“2019 was the biggest year for Services in Apple’s history," said Eddy Cue, Apple’s senior vice president of Internet Software and Services. "We introduced several exciting new experiences for our customers, all while setting the standard for user privacy and security."

Apple is set to deliver more specific details about its revenue in its next quarterly results at the end of the month, and is predicted to top $50 billion in services sales this year.

However, the success of services — or apps, at least — will help ease concerns that iPhone sales have peaked.

Apple also touted its new Apple TV+ streaming service, saying it was available in 100 countries, but didn't provide any watching figures; nor did it provide figures for Apple Music, its rival to Spotify, though last year Apple said it had 60 million subscribers, though that included free trials. The App Store may well be propping up such services until they find their feet.