Bó hoped to compete with the likes of Monzo and Revolut, but will be wound down and merged with NatWest's Mettle 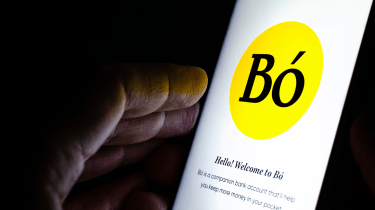 The Royal Bank of Scotland (RBS) has ended its embattled challenger bank Bó after launching the venture just six months ago.

Launched in November 2019, the challenger brand aimed to stifle the rise of companies like Monzo and Revolut, which have owed their growth and success to mobile-first banking, intuitive user interfaces and smart features.

After enduring a rocky few months, however, Bó will be wound down within the next two months and merged into another challenger brand, known as Mettle, run by sister bank NatWest, according to Yahoo Finance.

The bank’s 11,000 customers were informed by email, with Bó’s website also updated with news of the closure, and information about what customers should do next.

“The circumstances have changed,” RBS chief executive Alison Rose Yahoo Finance. “We’ve always said that we will look to innovate. Clearly in the current situation we’ve had to make prioritisation choices around where we should invest and what we should do to support our existing customers.”

User accounts will continue to work for the next 60 days, giving customers plenty of time to transfer their funds to their other accounts or continue to use their cards until their balance reaches zero.

Bó was launched amid the rise of digital-only financial services and targeted new customers with its uniquely bright yellow card, as well as a host of ‘smart banking’ features. These included instant transactions notifications, regular spending reports and a savings mechanism known as ‘piggy bank’. As with other rival challenger banks, Bó also didn’t charge transaction fees if cards were used overseas.

There were, however, a few features missing that made the likes of Monzo and Revolut so popular, including roundups and bill-splitting.

Having now shut down Bó, RBS will reangle its efforts to building the NatWest venture, with Mettle also absorbing Bó’s team.

Its closure speaks to wider tensions between legacy financial institutions struggling to adapt their products, systems and processes to the modern-day, and a host of smaller challenger firms gaining momentum. One study published last year suggested banks are set to lose $280 billion to fintech startups by 2025.

The death of Bó is a significant moment in that tussle, given how much emphasis RBS had previously placed on its success. Its former CEO Mark Bailie previously told the Financial Times last year, months before the venture launched, that he was hoping to attract “a few million” current accounts to Bó over the next four to five years.

During the bank’s life, however, it was riddled with several issues spanning from internal politics to poor user feedback, as reported by Sifted.

The brand’s technology was also riddled with issues, with the team spending the first three months post-launch bug fixing – for example, a compliance glitch forcing thousands of users to replace their cards. These issues were attributed to a rush to go live to avoid the project being canned altogether.