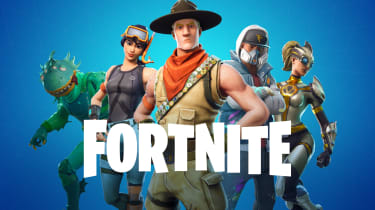 Epic Games is suing Google and Apple over the removal of its popular game Fortnite from their app stores, amid a growing battle around the slice of sales taken by the tech giants.

Google and Apple take a 30% cut of all payments made in games and apps downloaded via their stores. To avoid losing that revenue, Epic Games said it would offer a 20% discount to players who purchase in-game currency directly from Fortnite rather than through the app, prompting Apple and Google to boot the game from their official stores.

Apple said it removed Fortnite because the feature had the "express intent of violating the App Store guidelines," while Google also said the move violates its policies, but added that it would "welcome the opportunity to continue our discussions with Epic," according to a report from Sky News.

In response, Epic filed lawsuits against both companies — and released a video lambasting Apple's decision based on its own classic 1984-themed advertisement. Apple's original ad was released to both promote the forthcoming Macintosh and to criticise IBM's then-current monmopolisation of the desktop PC market. Epic's video turned this theme around on the company, saying Apple has "become what it once railed against" and calling for the platform-holders to "free Fortnite".

Took a little bit of re-editing - all the shots are there, just in a slightly different order - Fortnite 2020 vs Apple 1984. Audio from the Fortnite 2020 verison. #freefortnite pic.twitter.com/2WPGs6WlFj

"Apple's removal of Fortnite is yet another example of Apple flexing its enormous power in order to impose unreasonable restraints and unlawfully maintain its 100% monopoly over the iOS in-app payment processing market," Epic said in its Apple complaint, according to CNN.

The company similarly said in its complaint against Google that the tech giant was "using its size to do evil upon competitors, innovators, customers, and users in a slew of markets it has grown to monopolize."

Fortnite only arrived on the Apple App Store and Google Play in April, 18 months after offering it for Android as a download outside of the official market. Epic had been slow to allow the game to be downloaded via the stores because of the potential revenue loss, instead offering its own installer. At the time, CEO Tim Sweeney said the 30% cut was "disproportionate to the cost of the services these stores perform." However, Epic said it had to shift to the official store because Google kept showing pop-ups warning that third-party software is dangerous or even malware.

It still remains possible to sideload Fortnite onto Android phones, but not iPhones. Anyone with the game already installed on an iPhone can continue playing for the time being, though updates may eventually break it.

This isn't the first time that Epic and its CEO Tim Sweeney have taken up arms against perceived monopolistic practises within the games industry; he has previously accused Microsoft of trying to build a "walled garden" for PC gaming through its UWP apps, and has been a vocal opponent of the dominance held by Valve's digital distribution service Steam over the sale of games, even going so far as to launch the Epic Store as a competing platform.

Epic also isn't the only digital developer to take issue with paying Apple and Google 30% of mobile revenue. Streaming app Spotify filed an antitrust complaint with the EU about Apple's cut, which the company said forced it to charge iPhone users more if they registered with the service via the App Store. Similar complaints have been filed to the EU against Apple by ebook seller Rakuten, tracking device maker Tile, and messaging app Telegram.

Those complaints have sparked an investigation into Apple's App Store rules, with European Commission executive vice-president Margrethe Vestager saying in June: "It appears that Apple obtained a 'gatekeeper' role when it comes to the distribution of apps and content to users of Apple's popular devices. We need to ensure that Apple's rules do not distort competition in markets where Apple is competing with other app developers, for example with its music streaming service Apple Music or with Apple Books."

In the US, the CEOs of both Apple and Google, alongside fellow big tech leaders Jeff Bezos and Mark Zuckerberg, have recently been summoned before the House Judiciary Committee's panel on antitrust and monopoly issues. After questioning the CEOs, committee chair David Cicilline concluded that "they have too much power".