The rare increase is due to a rise in demand for low-budget remote working equipment, Canalys claims 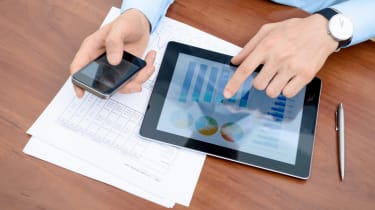 Worldwide tablet PC shipments increased by more than a quarter (26%) during the second quarter of 2020, from 29,7 million to 37.5 million, according to Canalys.

The 26% increase marks rare growth for the tablet market, which had been faltering in recent years. The surge, Canalystclaims, is due to a rise in demand for low-budget remote working equipment, as offices remain closed due to the coronavirus pandemic.

iPad shipments grew by a fifth (20%), with Apple shipping more than 14 million units and further cementing its leader status in the market. Samsung followed Apple with growth of 39% on seven million second-quarter shipments.

Huawei placed third, with shipments increasing by 45% in comparison to Q2 2019, with the company's success attributed to the company’s strong performance in Western Europe. Even the UK government’s recent ban on Huawei products in the country’s 5G infrastructure did not manage to falter Huawei’s impressive performance in other areas.

Amazon placed fourth with an increase of 37%, followed by PC market leader Lenovo, which is the fastest-growing tablet vendor; its shipments increased by a staggering 53%.

According to Canalys analyst Ishan Dutt, “tablets enjoyed a renaissance in Q2 2020 because the devices tick so many boxes for remote work and education use”.

“The ability to collaborate virtually as well as view and interact with digital content has become paramount, especially in the education space," he said.

"The coronavirus pandemic has increased competition for communal screen access between household members forced to stay indoors. Tablets help overcome this problem by allowing each family member to have their own device. And they are more budget-friendly than desktops and notebooks.

"For users with greater productivity needs, the proliferation of detachable tablets has been a boon. These devices have gained traction as primary devices for work and it is vital to include them when evaluating the PC market as a whole. Apple and Lenovo’s recent success shows that having a tablet offering as a mainstream PC vendor is invaluable,” he said.