Putting a custom 1.06 petaflop supercomputer to use is a no-brainer 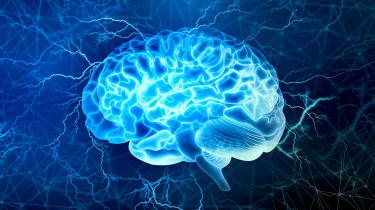 Hewlett Packard Enterprise (HPE) has created a "next-generation" supercomputer for the modelling and simulation of the mammalian brain.

Dubbed Blue Brain 5, the new supercomputer HPE has designed is based on the company's SGI 8600 System, a machine used to run demanding HPC workloads.

With a budget of 18 million Swiss Francs, some 13.6 million, to cover the supercomputer's hardware and HPE expertise, Blue Brain 5 has 372 compute nodes to deliver 1.06 petaflops of peak performance. It has 94 terabytes of memory, which is equivalent to that of 23,000 laptops, and makes use of Intel's Xeon Gold 6140 and Xeon Phi 7230 processors as well as Nvidia's Tesla V100 graphics processors.

Adding to the supercomputer's mass of performance are single and dual-rail Mellanox InfiniBand high-performance networks, along with 4 petabytes of high-performance storage from DataDirect Networks that deliver more than 50GB/s aggregated bandwidth, associated with an 80 GB/s Infinite Memory Engine flash-based burst buffer.

Further technology found in the world of HPC has also made its way into Blue Brain 5, such as an easy-to-manage architecture and an energy-efficient liquid cooling system that avoids venting hot air into the supercomputer room.

All this performance will be used to better understand the brains of mammals, with the supercomputer aiming to help the Blue Brain Project model the entire regions of a mouse's brain by 2020.

With increased understanding of mammalian brains, it is hoped that an improved knowledge of brain disorders can be gleaned from the modelling and simulation, as such disorders are complex phenomena that span from the genes to the circuits of nodes and synapses that make up mammal brains.

"Modeling an individual neuron at Blue Brain today leads to around 20,000 ordinary differential equations when modeling entire brain regions, this quickly raises to 100 billion equations that have to be solved concurrently. HPE helps us to navigate the challenging technology landscape in supercomputing."

While cloud computing is often touted as an easy and cost-effective way to get access to large amounts of compute power, the Blue Brain Project shows that there is still plenty of scope for supercomputer power to solve the more complex challenges humans face.