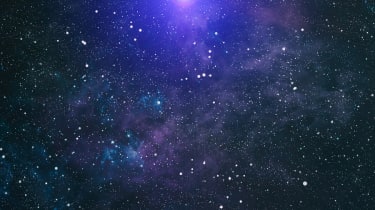 THE HPE servers launched into space are still operational and working, according to Bill Mannel, the organisation's vice president and general manager of HPC and AI.

"I think they've been there for about 60 days now, about two months, [and] they continue to work," Mannel told IT Pro at Discover 2017

"The important thing behind that effort was to see if we could take basically what's called commercial grade servers and make them work in space."

He said it's a year-long test and the company is heading towards the 90-day milestone now.

He added: "We worry about that the internal components will be damaged by cosmic rays, or these sorts of things, so what will happen there is that certain parts will start generating errors and we'll get different results, things will start running slower, those sorts of things. So far it's been successful so we haven't seen any of that kind of problem. "

Previously, NASA was taking specific servers which were two-to-three years old and using those, but HPE wanted to demonstrate that it could put the latest technology into space and have it work successfully, according to Mannel.

Mannel also detailed other use cases of HPC servers. The National Centre for Atmospheric Research (NCAR) in Colorado is using an HPE server, based in Wyoming, to help it research climate change.

NASA AMES, a research centre, is also using an HPE system for similar reasons. NASA AMES supports hundreds of application and thousands of users, according to Mannel.

"One portion of that user base is looking at both climate [and] also what we call space weather and understanding what the effect of space weather, all the cosmic rays and radiation and things like that, what effect that has on the earth as well," he said.

Teaming up for HPC

Croatia signed the European declaration on high-performance computing last week which we asked Mannel about.

"A lot of countries of the world are seeing that HPC is a strategic paradigm for them. It both drives economic value as well as helps with defence and security," he said.

"What you have is that in Europe they've actually come together to say 'we want to pool our funds, pool our intelligence together to build the next generation of supercomputers'. They're competing with the US, China, Japan, for example for the same goal going forward.

"The general thrust is that supercomputing is important, very important for economic wellbeing as well as security. It's better to pool dollars together as opposed to each of these separate countries to go separately."

Mannel most exciting piece of AI news for him personally was when he made a phone call and encountered natural language processing.

"I called my broker and I wanted to do a transaction, and so I did the usual which is my mother's maiden name or the last four of my social, so they could verify who I was. During that conversation, this automated voice came on that said 'We have just recorded your voice, going forward if you say 'Yes' we will use your voice to identify you'.

"Then they had this bit about saying everyone's voice is like their fingerprint, it's specific to them. They can use that to identify you going forward now," he explained.