Consumption-based model supports Azure and AWS, but not Google Cloud 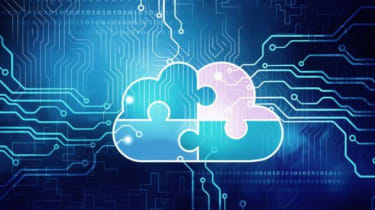 Offered under the company's IT-as-a-service umbrella brand GreenLake, HPE GreenLake Hybrid Cloud is a managed service that allows customers to more efficiently consume cloud services and on-premise infrastructure as part of a long-term monthly cost rather than a large upfront investment.

GreenLake Hybrid Cloud customers can have their cloud infrastructure - both public and private - designed, configured and deployed by HPE, and then maintained, supported and optimised on an ongoing basis. The company is utilising technology and capabilities from its PointNext consulting division, as well as its recent acquisitions, Cloud Technology Partners and RedPixie.

Similar to the company's GreenLake Flex Capacity consumption model, the service uses metering services under HPE-acquired cloud monitoring firm Cloud Cruiser. Customers can closely monitor the costs of their cloud services and set limits on spending, scaling up and down as necessary.

"We've got strong empirical evidence from our 540 [existing GreenLake] customers that we've got that you're total cost of ownership is in the region of 25% to 30% lower in this type of model," he told Cloud Pro. "If you're a customer or a business, and you're not interested in something that can save you 25% to 30% total cost of ownership, then I've got to question what you're doing, to be honest."

The service brings with it benefits in a number of areas, according to HPE. Aside from the obvious cost control benefits that come from a consumption-based model, GreenLake Hybrid Cloud also allows businesses to trim additional operation costs by reducing the need to train IT staff in deploying and maintaining cloud infrastructure, the vendor claimed. In addition, HPE said it reduces the burden these tasks place on IT staff, freeing them up to work on projects that can deliver more practical business value.

"This model with HPE GreenLake Hybrid Cloud allows us to take out that heavy lifting that isn't really about driving innovation in the business, but is about operating the underlying infrastructure," explained John Treadway, senior vice president of Cloud Technology Partners. "It's not the most value-adding thing that an IT organisation should be focused on. It should be focused on solutions to drive revenue growth and to provide analytics in business decision-making. Us taking that on allows the clients to actually be faster."

HPE has also used the set of internal rules that it developed as part of its acquisition of Cloud Technology Partners - which PointNext SVP Ana Pinczuk said covers some 1,000 regulatory and compliance standards - to build compliance management capabilities into GreenLake Hybrid Cloud, which will supposedly allow customers to automate much of the work that goes into ensuring compliance.

The new service supports public cloud deployments on Microsoft Azure and AWS, and private cloud infrastructure via Microsoft Azure Stack and HPE ProLiant for Azure Stack, all of which is managed by HPE OneSphere, the company's over-arching management layer.

"For some of our customers, their hybrid strategy is really Azure on and off-premise," said Ric Lewis, senior vice president and general manager for HPE's cloud division. "But what some customers don't realise is Microsoft Azure Stack and Microsoft Azure are pretty separate. They run the same kind of code on the same base, but it's not like you can move things back and forth, and it's difficult to manage between the two."

"With GreenLake Hybrid Cloud and some of the management and analytics that we lift from HPE OneSphere, we can help customers stitch those two fairly separate things together, regardless of the fact that they run the same thing; at least they'll look like they're part of the same estate and we can make that seamless for customers."

Customers using HPE hardware for their private cloud deployments can also take advantage of seamless automatic management and provisioning via the company's OneView on-prem automation product, which can be controlled directly via an integration with OneSphere.

However, those using alternative hardware vendors to power their infrastructure aren't left out in the cold; OneSphere is vendor-agnostic, meaning that you can use GreenLake Hybrid Cloud to manage your infrastructure regardless of whether you're using servers from HPE, Dell EMC, Broadberry, Lenovo or anyone else.

Although customers have a wealth of choice in terms of the infrastructure hardware they want to use to run their private clouds, they are more limited when it comes to which clouds they can actually run.

Out of the box, GreenLake Hybrid Cloud only supports AWS and Azure public cloud deployments, and despite Lewis assuring reporters that HPE is actively working on adding support for Cloud28+ partners, Ramsey told Cloud Pro that in the immediate future, the company won't be adding support for any additional providers.

"We've picked the two giants of the industry to work with," he said, "and both have a lot of strength in the enterprise arena. Over the next 12 months or so, I would say our focus will be going more vertical with those guys, getting stronger value propositions with AWS and Azure."

"For now, our roadmap is really focused in upon making sure that the AWS and the Azure experience gets better and richer, so we'll add more features, more functionality, more capability, more tooling into that as we go forward. That'll be where our primary focus is going to be."

He did, however, point out that this only applies to GreenLake Hybrid Cloud when viewed as a turnkey solution - if customers come to HPE with specific requirements that can best be met by a local Cloud28+ provider, this will be taken into consideration.

He also stated that the addition of Google Cloud support as standard was "a distinct possibility", but said that he had no specific plans to include it. "They're fundamentally still pretty much in the consumer space from a cloud perspective," he said, "[but] they're the obvious next big player that we'd want to think about working with."

Similarly, while Azure Stack is the only private cloud infrastructure that is officially supported out the box, Ramsey confirmed that HPE is happy to support other providers if a customer has specific needs.

"We have the GreenLake solutions - which I always describe as the 'turnkey' solutions, where we give it to you and it's ready to go out the box - but if a customer says to me 'I want to run an OpenStack private cloud', we will solution that for them, and we have done that [for some customers]."