The tool will build on the government's highly criticised Verify programme 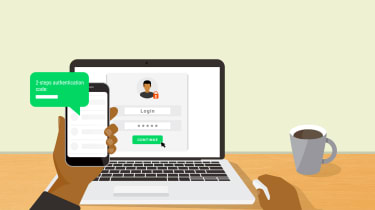 The UK government has called for evidence to help it create a new online identity verification tool that can be used across government services and the private sector too.

The consultation was opened on Friday to all businesses and individuals in order to ascertain what will be needed from the new tool. The government especially wants to hear from those who represent the interests of people who have the potential to be digitally excluded, such as vulnerable people.

The new tool will be created with a view to tackling a range of issues, from secure purchasing of age-restricted materials on and offline to filing tax returns and registering for a new GP.

Identity fraud is also a fast-growing issue in the UK with identity fraud prevention service Cifas releasing 2018 figures, which showed more than 189,000 people were victims of identity fraud - a figure up 41% from 2017.

With a reliable digital identity that can be used across various sectors, it could cut down the country's reliance on physical documents which can be more easily stolen, misplaced or even forged.

"These new proposals could make it easier for people to prove their identity without compromising their personal information and for businesses to conduct checks in a safe and secure way," said Jeremy Wright, digital secretary. "This will help make sure more and more people benefit from the huge potential of technology and can use it to shop, bank and access Government services."

The government believes the plans could help stimulate the UK's digital economy, adding 3% to the union's GDP by 2030 if implemented successfully.

Keen to dispel any speculative data protection issues surrounding a hybrid of private and public sector data access, the announcement made by the Cabinet Office and the Department of Media, Culture and Sport, said no private organisation would have access to government-held data under the proposal.

"Any new solutions will be compliant with recently strengthened data protection laws and set out requirements for the secure transfer of data," said the announcement. "There will be no central identity database and individuals will be in control of their personal data."

The Cabinet Office hasn't explicitly drawn parallels between this new proposal and its Verify programme which has been heavily scrutinised since its launch, but Oliver Dowden, minister for implementation alluded to it being a possible extension to it.

"Last October I announced that the GOV.UK Verify programme is mature enough to move to the next phase of its development, in which the private sector takes on responsibility for broadening the usage and application of digital identity in the UK," said Dowden. "Allowing organisations greater flexibility to reuse identities is an important step towards this goal."

Verify was launched in 2016 as a method of digital identity verification to be used across all online government services but has been "failing its users and struggling to meet key targets" according to a report by MPs.

The Government Digital Service, the body responsible for Verify, missed every single one of its performance targets for Verify and saved far less money than originally intended when making the business case for it in 2016.

The service was also shrouded in other failures from promises of 25 million users by April 2020 and only recording 3.6 million by February 2019, to technical issues relating to its success rate. When implemented, it promised a 90% success rate in verifying identities but was actually around 48% successful, according to a damning NAO report.

"In many ways the Verify programme is an example of how government has tried to tackle a unique and unusual problem, adapting over time in response to lessons learnt and the changing nature of the external market," the NAO report concluded. "Unfortunately, Verify is also an example of many of the failings in major programmes that we often see, including optimism bias and failure to set clear objectives."

After the consultancy on the latest proposal has ended, a pilot scheme will run to help iron out the issue with the new tool. The first to trial it will be companies which already provide digital identity services to the UK government.