ICO to pull back the curtain on digital companies 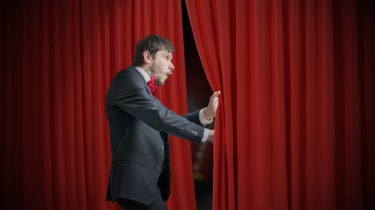 The Information Commissioner's Office (ICO) has launched a campaign to help the general public understand how organisations might be using their data to target them online.

The 'Be Data Aware' campaign aims to pull back the curtain on companies that use personal data and includes an understanding of how these organisations use people's data to reach them with social media adverts to market goods or services - or, more controversially, for political marketing.

The ICO is currently running an ongoing investigation into the use of data analytics for political purposes and the regulator says that it has gone the "behind the scenes" and seen the process of personal data, including algorithms, analysis, data matching and profiling that involves people's personal information.

From this investigation, the regulator is seeking to continue its push to educate the public on the impact of new technologies and the use of data analytics in political campaigns.

"Our goal is to effect change and ensure confidence in our democratic system," said the Information Commissioner Elizabeth Denham. "And that can only happen if people are fully aware of how organisations are using their data, particularly if it happens behind the scenes.

"New technologies and data analytics provide persuasive tools that allow campaigners to connect with voters and target messages directly at them based on their likes, swipes and posts. But this cannot be at the expense of transparency, fairness and compliance with the law."

In it's bid to save transparency, the 'Be Data Aware' campaign has been created. It has a number of resources, including downloadable factsheets on privacy and advertising settings, information about people's right to be informed and explanations of how online microtargeting works. The ICO hopes that the campaign will remind people of their rights under the GDPR and how they can exercise them.

Since the Cambridge Analytica scandal, how companies collect and use data, particularly for political adverts, has become a huge concern for regulators and governments around the world. Facebook and its relationships with third-party advertisers have come under heavy scrutiny for this very reason.

And it's not alone. While most tech firms seem to be falling over themselves to promote 'responsible' data practices, such as Microsoft's recent updates to 365, most of these digital firms are harvesting data with minimal notices.

In March, the ICO's executive director of tech policy and innovation, Simon McDougall, pointed out that large volumes of personal data are being collected with "false choices and clever design".

"The 'I agree' button that we all click on a zillion times on our apps and websites is one of the biggest lies on the internet," he said. "How many people are actually reading these things, how many are actually clicking, because it is quite scary how the muscle memory is building up as these hands are just clicking their way through."

The tech companies often point to the innovations that our data can fuel. For example, during his keynote for Google I/O 19, CEO Sundar Pichai talked through a demo for Duplex where the use of other apps, such as Google's calendar, Gmail and Google Maps could help the booking app do all the work for you.

What is striking about the demo, though, is the degree to which it relies on access to your data. What's even more worrying though, is that Google doesn't seem to be concerned about it either.

And that lack of concern seems to be mirrored in other companies and third-parties and even political campaigns powered by our data.