Illegal data farm found in Liverpool and raided by ICO 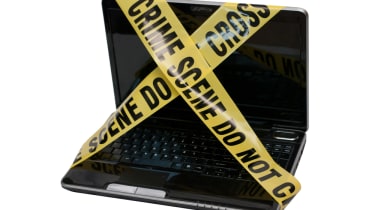 The Information Commissioner's Office (ICO) has raided two addresses in Liverpool over suspected data trafficking, the watchdog has said.

The sites belong to a business that has been under an ongoing investigation into the acquisition and sale of illegally obtained personal data. The business is thought to have carried out high volumes of data farming activity, known as vishing, to illegally obtain the personal data of motor accident victims to sell on to solicitors for fraudulent personal injury claims.

Two teams of ICO enforcement officers executed search warrants at a business and a residential address and seized computer equipment and documents that will be analysed for evidence.

"Today's searches will fire a warning shot to businesses who operate outside the law by engaging in data farming," said Mike Shaw, the ICO's group manager for enforcement. "The evidence seized will help us identify any illegal business activities and assist us to take enforcement action."

The ICO believes the business has been carrying out this illegal activity since November 2017.

Vishing, or voice phishing as it's known, is a form of fraud conducted via telephone. A third-party will attempt to obtain private, personal and financial information within what seems like a normal conversation. Often callers pose as policy holders, claimants or other companies in a position of trust.

According to the ICO, vishing calls to the insurance industry are frequently made by marketing firms or claims management companies in order to obtain information from insurers to enable referrals to law firms for personal injury claims to be initiated.

It's been a busy month for the UK's data watchdog. On Tuesday it hit the Met police with two enforcement notices after if found a backlog of over 1,700 subject access requests from UK citizens had been left unanswered.