After a widely publicised beta stage, the RTX platform will be available at the end of April 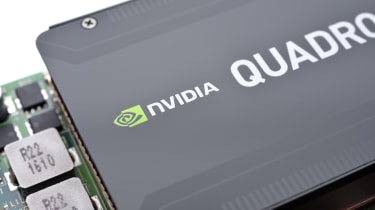 Nvidia's Quadro Virtual Workstation (QvWS) will be available on Google Cloud Platform (GCP) by the end of the month, marking the first time any platform has supported RTX technology for virtual workstations.

Cloud workloads are becoming increasingly compute-demanding and the support for Nvidia's QvWS is thought to be able to accelerate the development and deployment of AI services and vastly improve batch rendering from any device in an organisation.

Enterprises which rely on powerful graphics rendering processes would have to invest huge amounts in the hardware needed to perform such compute-heavy tasks on-premise. Using GPU-enabled virtual workstations, businesses can also forget about the cost and complexity of managing datacentres for the task.

Instead of running up to 12 of the T4 GPUs in a business's on-premise infrastructure, an endeavour that would cost thousands in investment, using the infrastructure-as-a-service via GCP, businesses can spend much less.

"You can spin an instance up [on GCP] for less than $3 per hour," said Anne Hecht, senior director, product marketing at Nvidia. "The QvWS is about 20 cents per minute and then you need to buy the other infrastructure depending on how much storage, memory and CPU that you want".

That cost can drop during 'peak times' in a process called pre-emption, whereby if a customer is willing to lose the service within an hour, for example assigning resources to a workload that will be completed quickly, then it can be rented for half the price.

Edward Richards, director & solution architect at Nvidia, told IT Pro that the service can be accessed from any device that can connect to GCP.

"You can plug your own tablet, plug in your mouse of choice, keyboard of choice - you just don't think about it," he said. "I use one on my desk at work, I've almost chained all my day-to-day to it and every once in a while I forget that I'm actually remoting to it from the other side of the country... it's just that seamless".

Azure customers can already utilise Nvidia's graphics processing through VMs, but it only runs on Pascal using its V100 GPU.

The virtual workstations will benefit businesses in more sectors than just games developers. Engineers and car manufacturers run computer-aided design (CAD) applications that are critical to their businesses' success. Video editors and broadcasters also stand to benefit from high-performance graphics processing while away on set.

"When spikes in production demand occur, particularly around major broadcast events like the Olympics Games or the Soccer World Cup, time and budget to set up new temporary editors are a big problem," said Alvaro Calandra, consultant at ElCanal.com. "With Quadro vWS on NVIDIA T4 GPUs in the GCP marketplace, I can use critical applications on demand like Adobe Premiere Pro, apply GPU-accelerated effects, stabilise, scale and colour correct clips with a native, workstation-like experience."

It's been widely known that Nvidia's QvWS has been through the alpha and private beta phases in the last few months, but it will be made generally available at the end of the month on GCP.