Google’s request to use a segment of U.S.-Asia undersea cable approved

Google helped build it and can now finally use it 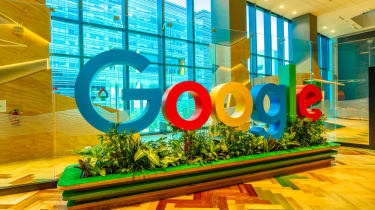 The Federal Communications Commission approved Google’s request to use part of a U.S.-Asia undersea telecommunications cable on Wednesday, April 8. Google previously warned that without approval from the FCC, the company would likely face significantly higher prices to carry traffic by other means. The FCC will allow Google to operate the segment for the next six months, pending a final disposition of the license application.

Google thanked the FCC for approving its request in a recent statement, noting that “dedicated global network deployment and operations [teams are] continually increasing capacity to meet the needs of our users, and that includes our subsea cable system.”

Google agreed to operate a portion of the 8,000-mile Pacific Light Cable Network System that runs between the United States and Taiwan. The company teamed up with Facebook to help pay for the construction of the telecommunications link, but U.S. regulators blocked its use.

This blockage forced Google to confront regulators earlier this year, telling them it has “an immediate need to meet internal demand for capacity between the U.S. and Taiwan, in particular, to connect Google’s Taiwan data center to Google data centers in the United States and to serve users throughout the Asia-Pacific region.”

In its response to Google’s statement, the Justice Department agreed that without temporary authority, “Google would likely have to seek alternative capacity at significantly higher prices.”

With this approval, Google has also agreed to diversify its interconnection points throughout Asia and will continue establishing network facilities capable of delivering traffic to its ultimate destination, the department added.