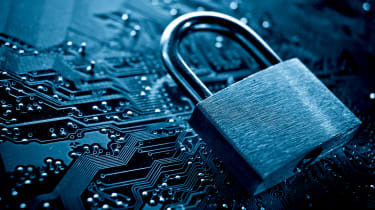 BT and Toshiba have announced the UK’s first industrial deployment of a "unhackable" quantum-secure network.

The network is designed to transmit data between the National Composites Centre (NCC), the UK’s composite R&D facility, and the Centre for Modelling & Simulation (CFMS), a non-profit research organisation focused on new digital engineering capabilities.

The two organisations operate across the aerospace, energy, and automative industries, which are likely to benefit from the deployment due to their strong emphasis on security.

The network, which is funded by Innovate UK’s AQuaSeC project, aims to show how the “unhackable” Quantum Key Distribution (QKD) can be used to secure data traffic between industrial sites.

The technique uses a stream of single photons to share encryption keys between the NCC and CFMS sites in Bristol, and aims to replace the manual approach of physically transporting sensitive data on portable storage devices. Instead, the data will be transmitted at high-speed over 6km of fibre optic cable, using standard Openreach fibre.

According to Toshiba, its QKD system is capable of distributing thousands of cryptographic keys per second. The “innovative multiplexing compatibility” also makes it possible for the data and quantum keys to be transferred using the same fibre, eliminating extra costs for additional infrastructure.

Despite the first deployment covering a range of 6km, Toshiba states that the current maximum range is capable of extending to as far as 120km. This would lead to ultra-secure data transmission across larger metropolitan areas such as London.

The network is also expected to benefit from Toshiba’s Active Stabilisation technology, which allows the continuous distribution of key material across the system without user intervention in even the most challenging operating conditions. This eliminates the need to recalibrate the system in cases such as changing fibre lengths, which are often prompted by temperature changes.

BT Optical Technology head, professor Andrew Lord, described the newly-announced deployment as “a significant milestone as we move towards a quantum-ready economy”.

“We’re excited to be working alongside our long-term partner in Toshiba, as well as the NCC and CFMS as industry-leading bodies in the UK, to demonstrate the ultra-secure nature of quantum cryptography,” he said. “The power of quantum computing offers unprecedented opportunity for UK industry, but this is an essential first step to ensure its power can be harnessed in the right way and without compromising security.”

Why IT leaders should consider a zero trust network access strategy

Dr. Andrew Shields, head of Quantum Technology at Toshiba Europe Limited, said that the solution “can be implemented on standard BT fibre infrastructure and is applicable to a wide range of different applications, allowing organisations to ensure the long-term security of their data and protect it from even the most powerful computers”.

“With the UK government’s assertion earlier this month that it wants to be the ‘world’s first quantum-ready economy’, quantum-secure networks are vital to it achieving this ambition, and we’re excited to be at the forefront of making this a reality,” he added.