What is Google Fiber?

We look at the history of Google Fiber, how it works, where it’s available now and where it’s coming to next ... 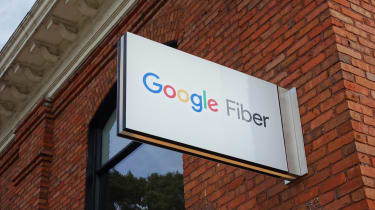 First announced in 2010, Google Fiber is Alphabet Inc’s endeavor to bring gigabit Internet to towns and cities around the US. Currently, there are 10 locations spread across six states where Google Fiber is available, plus another seven where high-speed Internet is delivered through Webpass, an ISP Alphabet bought in 2016. Google Fiber is very much a technology trial and Alphabet isn’t planning on making this a large part of its business.

Indeed, in the February 2010 blog announcing the creation of the service, product managers Minnie Ingersoll and James Kelly made it clear they thought rolling out ultra-fast broadband on a national scale was the job of the Federal Communications Commission (FCC), saying: “We've urged the FCC to look at new and creative ways to get there in its National Broadband Plan.”

How does Google Fiber work?

Traditional copper wire is then run the rest of the way from the cabinet to the various buildings in the area. This slows data transfer speeds down, as copper can’t handle the same bandwidth as fiber optic. Additionally, the further a premises is from the cabinet, the greater the latency becomes. Google Fiber, by contrast, uses Fiber to the Premises (FTTP) infrastructure. As the name would suggest, FTTP – also known as Fiber to the Building or Fiber to the Home – uses fiber optic cables all the way to the building it’s servicing.

In 2016, Google Fiber bought Webpass – an Internet service provider (ISP) that had been in business since 2003 and specialized in high-speed connections for both domestic and business customers. Through this acquisition, the company offers superfast broadband to apartments and condos in seven cities across the country. If “super fast” sounds a bit vague, that’s because what speeds are available varies not just by location but by building. Fees are simple, though: $60 per month with no contract or $45.83 per month on a yearly contract. While there is ostensibly a business option available through Webpass in each of the cities where the service is available, no standard information on cost or speeds is available.

By 2016, Google Fiber had started to run into trouble. According to The Information, those heading up the project had hoped to sign up 5 million users by 2017, but by the end of 2014 had only managed to attract 200,000. The cost of installing fiber infrastructure combined with lower return on investment (ROI) due to lower than expected subscription numbers meant that Google Fiber was proving a far more costly project than had initially been anticipated.

By July 2016 Larry Paige, CEO of Alphabet, told the head of Google Fiber, Craig Barratt, to halve the size of his team. Barratt left the company shortly after. In March 2017, Bloomberg reported that Google Fiber started cancelling installations in Kansas City and in early 2018 the company pulled its Webpass service from Boston, MA, three years after it originally arrived. Most recently, Google Fiber called a halt to its rollout in Louisville, KY, in Spring 2019 following serious problems installing its infrastructure. The company had used “nanotrenching”, which involved digging trenches just two inches deep, laying the fiber optic cable in it and then filling it in with a rubbery liquid that became solid when it dried.

This allowed Alphabet to deploy the infrastructure more quickly and cheaply than before, but within a couple of months some of the cables started to pop out of their trenches, lying exposed in the road. In April, Google Fiber reached an agreement with the city whereby it would pay the nearly $4 million to repair roads and other public rights of way that had been damaged by the installation. In a statement, Mark Strama, general manager for Google Fiber said: “Discontinuing service in Louisville was a very difficult business decision for Google Fiber, and we will forever be grateful to Mayor Fischer and his team for their commitment to the residents of Louisville and their dedication to driving internet connectivity and digital inclusion across the city.”

For now, it seems that Google Fiber will be focusing on its existing hubs rather than building out infrastructure in any new locations. In a blog post made when it announced it would be pulling out of Louisville, the company said: “This decision has no impact on our operations in any of our other Fiber cities , where we continue to sign up and install new customers every day.” However, 2016 plans to halt any further roll-out, which seemed to have been overturned by the Louisville project, now appear to be firmly back in place.