Sony and Amazon become latest exhibitors to pull out of MWC

Tech giants cancel their attendance due to coronavirus threat 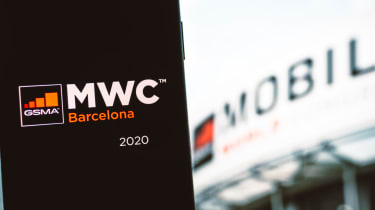 Sony is the latest firm to withdraw its attendance from this year's Mobile World Congress amid growing uncertainty around the potential spread of the coronavirus.

The news comes only one day after Amazon had announced it was also pulling out of the event, following cancellations from LG, Ericsson, and Nvidia.

In a statement confirming its decision, sent to IT Pro on Monday, Sony said it had placed “the utmost importance on the safety and wellbeing of our customers, partners, media and employees”.

The annual tech conference is scheduled to take place in Barcelona on 24-27 February. However, with numerous cancellations from large exhibitors, it is questionable whether the event will go ahead as planned.

MWC’s organiser GSMA announced on Sunday that it will not permit travellers from the Hubei province, whose capital Wuhan is considered the epicentre of the outbreak, to the event.

Moreover, it announced that all attendees who had visited China will need to demonstrate proof they have been outside of the country 14 days prior to the event and promised to implement temperature checks on site.

MWC usually attracts over 100,000 attendees from 198 countries. Around 6,000 of these are visitors from China.

Following its cancellation, Sony announced that their MWC press conference, scheduled on 24 February, would take place as a video via their official Xperia YouTube channel.

“Sony has been closely monitoring the evolving situation following the novel coronavirus outbreak,” said a general spokesperson for the company. “As we place the utmost importance on the safety and wellbeing of our customers, partners, media and employees, we have taken the difficult decision to withdraw from exhibiting and participating at MWC 2020 in Barcelona, Spain.”

Despite the recent cancellations, large tech companies such as Facebook, Lenovo, Samsung, Microsoft, Huawei and HP are all still scheduled to make an appearance at the conference. Dell is also expected to attend, however, a spokesperson told us that the company is "actively evaluating this situation" and would provide an update if the situation changes.

Both Samsung and Lenovo have both confirmed IT Pro that they will be attending the conference.