US officials break down a wave of new accusations, claiming the Chinese firm engaged in racketeering 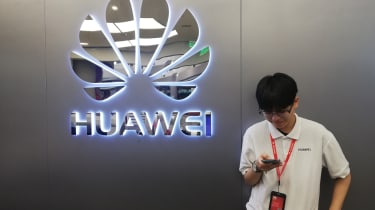 The US Department of Justice has escalated its legal battle with Huawei after filing 16 fresh charges against the company, including misappropriating intellectual property (IP) from six unnamed US tech companies.

The new counts include racketeering, conspiracy to steal trade secrets, several charges of fraud, and violations of the US International Emergency Economic Powers Act (IEEPA).

These have been levied against Huawei and four subsidiary companies, including Huawei Device, Huawei USA, Futurewei and Skycom, as well as the company’s CFO Wanzhou Meng. Meng was previously charged as part of an initial indictment in January 2019.

The means by which trade secrets were misappropriated, the charges claim, included entering into confidentiality agreements with IP owners then violating those terms.

The IP itself was misappropriated for Huawei’s own commercial use, while employees were also recruited and directed to steal IP themselves.

The networking giant also allegedly launched a policy instituting a bonus programme that rewarded its employees for obtaining confidential information from its competitors, with financial rewards available to those who were successful.

The fruits of the racketeering activity were then used by Huawei, Huawei USA and Futurewei to be reinvested into the worldwide business, including in the US. This was also used to cut costs on the company’s research and development.

The escalation has come just a short few days after US officials claimed the Chinese networking giant is maintaining backdoors into its networks that can be accessed remotely. These allegedly include 4G equipment dating back to as long ago as 2009.

“Huawei’s efforts to steal trade secrets and other sophisticated U.S. technology were successful,” the US Justice Department said in a press release.

“As a consequence of its campaign to steal this technology and intellectual property, Huawei was able to drastically cut its research and development costs and associated delays, giving the company a significant and unfair competitive advantage.”

US officials have also accused Huawei of making repeated “misstatements” to the authorities including FBI agents, when confronted with evidence of wrongdoing. The company is also being accused of obstructive conduct.

“This new indictment is part of the Justice Department’s attempt to irrevocably damage Huawei’s reputation and its business for reasons related to competition rather than law enforcement,” Huawei said in a statement.

“These new charges are without merit and are based largely on recycled civil disputes from last 20 years that have been previously settled, litigated and in some cases, rejected by federal judges and juries. The government will not prevail on its charges, which we will prove to be both unfounded and unfair.”

Despite the continued unrest between the US and Huawei, and a stream of accusations that have emanated from the Trump administration, European countries are more relaxed about using Huawei technology for building out 5G infrastructure.

The UK announced towards the end of last month that Huawei would be granted a “limited” role in its 5G infrastructure, with the government recognising the risks, but concluding that these can be mitigated through implementing security measures.

Similarly, the EU followed suit a couple of days later, suggesting that member states could use “high risk” suppliers in their 5G networks as long as key assets are secured.

Some companies have already taken steps to remove Huawei equipment from their core networks, including Vodafone. French operator Orange, meanwhile, will not have any Huawei technology in its 5G network in France, choosing Nokia and Ericsson technology instead.