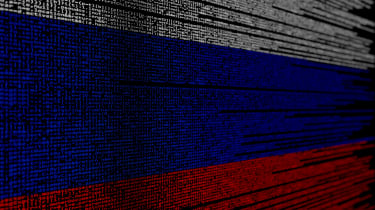 For approximately an hour on 1 April, Rostelecom announced prefixes belonging to prominent players in the internet space, including Cloudflare, Akamai, Digital Ocean, AWS, Facebook and Google, among others.

This was done through the border gateway protocol (BGP), either deliberately or accidentally. BGP, in networking, is a standardised exterior gateway protocol designed to exchange routing and reachability information through autonomous systems on the web.

Paths between the largest cloud networks were disrupted during this frantic hour before the issue was resolved, causing the internet to undergo a minor blip.

Incidents such as this are often described as BGP hijacking when they are deliberate and can be effected to capture traffic for malicious purposes.

One prominent example of potential BGP hijacking arose in November 2018, when a Nigerian company admitted to misrouting Google traffic through Russia and China, blaming this on a misconfigured BGP filter.

The post gives the benefit of the doubt to the Russian telecoms firm, suggesting it was much more likely to be an easily-committed error than a deliberate attempt at cyber sabotage. This, in part, is because Rostelecom was warned about the disruption and immediately reached out for help with incident troubleshooting, Qrator said.

“All network engineers should be aware of what they are doing, preventing the chances of such a crucial mistake,” Qrator said. “The mistake Rostelecom has made illustrates how fragile the IETF-standardized BGP routing is, and especially - during such stressful times in terms of traffic growth.

“Given the simplicity of the BGP mistakes, during the coronavirus crisis, it’s so easy to allow for an error. However, with the monitoring data provided, the incident came to an end rather quickly, and the proper routing was restored.”

Qrator’s warnings echoed analysis from internet engineer Andree Toonk, who founded the analytics service BGPmon, now owned by Cisco Systems. He suggested Rostelecom didn’t actually intend to announce the prefixes to the rest of the world as it could manifest as a typical hijacking incident.

The last few weeks have shown that a swathe of internet giants, cloud-based services and network companies are struggling to cope with the rising demand due to COVID-19. Potential errors, such as that committed by Rostelecom, may be further evidence of this.

Microsoft, for example, has suggested it may have to prioritise emergency services and critical infrastructure should its Azure public cloud service face capacity constraints in the coming weeks and months.