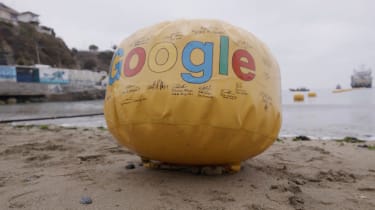 Google is building a subsea fibre-optic network cable that connects the UK, US and Spain as part of an effort to improve its services.

The 'Grace Hopper' cable, Google's fourth privately-owned undersea cable, will run from New York and split off to Bilbao in Spain and Cornwall in the UK.

Underwater cables carry 98% of the world's data, according to Google, and are a vital part of global communications. They are typically built by groups of communications firms which then charge other companies to use them.

The Grace Hopper cable will be one of the first new cables to connect the US and UK since 2003 and will power Google services like Meet, Gmail and Google Cloud. It also marks the tech giant's first investment in a private subsea cable route to the UK and its first-ever route to Spain. The Bilbao landing point will also integrate an upcoming Google Cloud region in Madrid.

The cable will be equipped with 16 fibre pairs (32 fibres), which is a significant upgrade to the internet infrastructure connecting the US with Europe, according to Google. A contract to build the cable was signed earlier this year with Eatontown, a New Jersey-based subsea cable provider and the project is expected to be completed by 2022.

The name of the cable is a nod to American computer science pioneer Grace Brewster Murray Hopper who is best known for her work on one of the first linkers (compilers). She's also famous for finding an actual bug in a programme when a trapped moth short-circuited an early Harvard Mark II computer.

Jayne Stowell, who oversees construction of the company's undersea cable projects, said Google needed an internet connection that could be relied upon.

"It's not enough to have a single cable because any element in the network can break from time to time, and if it's 8,000 metres under the sea, it takes a while to repair," she told the BBC.