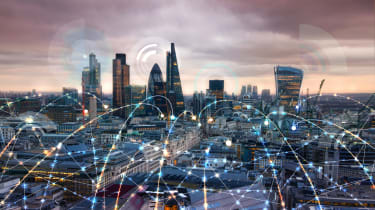 Ofcom has confirmed that the upcoming auction of 5G spectrum will begin in January 2021, rejecting calls by some operators for it to be abandoned in favour of an allocation process.

The auction, which has already suffered numerous delays, will pave the way for UK consumers and businesses to benefit improved services, according to Ofcom, increasing the total amount of airwaves available for mobile by nearly a fifth (18%).

Ofcom’s spectrum group director Philip Marnick cited the coronavirus pandemic as one of the main reasons behind the decision to begin the auction in January next year.

“Demand for getting online on the move is soaring, and the pandemic has only increased the importance of mobile services to people and businesses,” he said. “Releasing these airwaves promptly will bring a much-needed capacity boost, helping mobile customers get a better service.”

The spectrum up for auction sits in two different frequency bands - 700 MHz and 3.6-3.8 GHz - the latter part of the primary band for 5G networks.

Ofcom emphasised that all four of the UK’s biggest mobile operators, Vodafone, Three, EE and O2, had launched 5G in the last year. By releasing the airwaves for auction, Ofcom said that it would help increase the capacity and quality of mobile data services.

By going ahead with the auction in January, Ofcom has ignored calls from operators, including O2 and Vodafone, to abandon the process in favour of an ‘administrative allocation’ method, which would see frequencies evenly distributed for a set price. In a letter addressed to mobile operators, explained its reasoning for going ahead with the auction.

"It has been suggested that we should award the spectrum at the reserve price and potentially make significant reductions in annual licence fees for other spectrum, in order to secure the agreement of all parties," wrote Ofcom chief executive Melanie Dawes.

"Where the demand for the spectrum is high and availability is limited, we have powers to hold a competitive auction process to determine its allocation, and the price to be paid for it.

"We do not consider that there is a viable administrative allocation method which would meet our duties; which could be carried out simply; and which would not lead to a significant delay in the availability of this spectrum."

Ofcom also announced a 37% cap on overall spectrum holdings which would be imposed on all mobile operators except O2. Three will be restricted to acquiring not more than 185 MHz, while Vodafone will be allowed to purchase up to 190 MHz.

In order for the auction to proceed safely during the pandemic, the communications regulator published its guidance on the process which can be accessed here.

While the bidding is set to take place at the beginning of next year, Ofcom announced that it expects to commence the formal process in November of this year.