What is 6G and how far are we from rollout?

Everything you need to know about 6G mobile connectivity 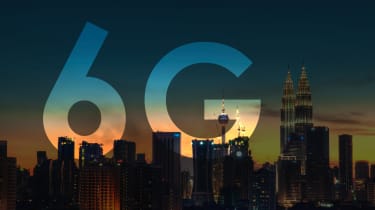 It may seem mere months since 4G was the hot new game in town and 5G was just a glint in network operators’ eyes, but, with 5G becoming increasingly mainstream, the next area of development – 6G – is already attracting attention.

What does 6G mean?

6G is the sixth generation of mobile connectivity technology. Previous generations were 1G, 2G, 3G, 4G and, most recently, 5G.

As with previous generations, it will mean faster and more capable mobile broadband for users, but what form that will take is still unknown.

What will 6G be used for?

There are currently no standards set for 6G as it’s in the very early stages of research and development. But that’s not to say there’s nothing to talk about here – after all, 5G was well on its way to becoming a usable technology before solid standards were agreed by the GSMA.

One main feature of 6G is it will be fast. While 5G is already considered to be pretty speedy, with a 20 Gbits/sec peak data rate, 6G could offer peak data rates 50 times faster, at 1,000 Gbits/sec. That’s according to Samsung at least, which is already working to develop this next generation of communications technology.

Ths company first announced it was starting research into 6G in mid-2019 and in July 2020 its Advanced Communications Research Center published a whitepaper – The Next Hyper-Connected Experience for All. In it, the company says both machines and humans will consume 6G equally, and that it will facilitate high-fidelity mobile holograms and “truly immersive extended reality”, among other breakthroughs.

Others have described it as delivering information “instantly” or at the speed of human thought.

Theodore S. Rappaport, founder of NYU WIRELESS, told CNN Business in February: “Work at New York University shows that by 2035, 6G will usher in the ability to send wireless signals at the rate of human computation.

Five things to know about Wi-Fi 6 and 5G

“Dubbed ‘wireless cognition’ by researchers, 6G could mean that human intelligence could eventually be sent over the air instantaneously. Remote control robots and artificial intelligence applications with human-like capabilities could be enabled over 6G cellphones (sic).”

Before you get too excited by the thought of wireless cognition or being able to download nearly 150 movies to your mobile device in a second, it’s important to note that 6G remains very much in the early stages of research.

Finland’s University of Oulu says “fundamental research is 10-15 years ahead of industrial standards”. This chimes with statements from others researching the technology, including Samsung and Ericsson, that 6G won’t come to market until 2030 at the earliest.

And considering how slow the roll-out of 5G has been, both in terms of network infrastructure and handset availability, it’s unlikely 6G will become commonplace before 2035.