Three UK to invest £2bn into IT and infrastructure overhaul 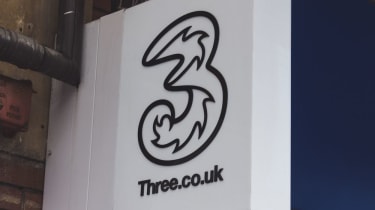 Mobile provider Three has revealed plans to invest £2 billion into its network and IT infrastructure to improve both 4G and 5G speeds across the UK.

The investment is in addition to a £100 million fund being used to improve connectivity across 250 UK towns and cities, with the deployment of fast 5G networks. This will be conducted in partnership with SSE Enterprise Telecoms which will deliver 450 unbundled BT Exchanges across the country.

Part of the £2 billion investment will be directed to the improvement of its existing 4G network, speeds from which will be increased by up to 150%, the company claims, and will also go a long way to support Three's rollout of 5G.

The cash injection also coincides with the completion of the company's VoLTE (Voice Calls on 4G) rollout. There are now 11,000 sites with VoLTE 4G enabled, according to ThreeUK, stopping them from dropping back down to 3G.

Over 7.5 million customers own a VoLTE enabled device on Three's network and 80% of them are set to benefit from the improvements, according to the company.

Finch already has an impressive CV, having previously held the role of group CIO and chief of staff at Centrica, and various digital transformation roles at Vodafone over an eight-year period. She will be responsible for delivering the final stages of the company's IT transformation programme, where she will work with the product teams to drive system improvements and customer experiences.

Gilson will take charge of the company's network design, build and performance. He brings some 20-years worth of telecoms experience from roles at O2, Vodafone and Cornerstone.

The change imperative for financial services

The new wave of investment follows an announcement last month that Three would be entering into a partnership with Colt Technology Services to become the company's preferred provider of fibre backhaul connectivity. A 'backhaul' is the connection from a wireless cell tower to the internet. It is a vital part of delivering mobile services and Colt's technology will be used on recent upgrades at Three sites, networks and data centres.