Kim Dotcom to take his fight to the Supreme Court. 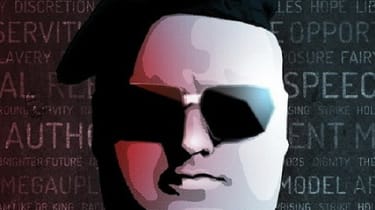 Megaupload founder Kim Dotcom has had a setback in his piracy case after the Court of Appeal in New Zealand ruled the US authorities do not have to hand over evidence against him.

The Court of Appeal overturned a ruling that the FBI should disclose all its evidence to Dotcom ahead of his extradition trial in August.

The US government had a duty of "candor and good faith" in making an extradition bid, the Court of Appeal said, before ruling the authrorities only have to hand over a summary of the evidence they have.

Do 'good faith' & 'US govt' go together? NO. Will I sleep like an innocent baby tonight? YES.

"It is for the requesting state to decide what information it wishes to put before the requested state in support of its request," Reuters reported the court as saying.

Dotcom expressed his disappointment at the decision on Twitter, and claimed his legal team would take the fight to the Supreme Court.

"Am I disappointed about the ruling today? YES. Do 'good faith' & 'US govt' go together? NO. Will I sleep like an innocent baby tonight? YES," he told his 290,000 followers.

"The fight goes on. Next is the Supreme Court of New Zealand."

Dotcom founded the popular Megaupload file-sharing site which allowed users to share any files they wanted. The site raked in $175 million from 2005 until it was shutdown in January 2012 by the FBI.

The US government has accussed Dotcom of illegally copying and distributing copyrighted content - in particular films and music. Authorities are trying to extradite him from New Zealand to the US on charges of piracy, fraud and money laundering.

It remains to be seen whether the US authorities will be successful. The initial raid on Dotcom's property was bungled as courts have ruled the search warrants used were illegal.

A New Zealand government agency was also found to have illegally spied on him, and Dotcom could be entitled to damages.

The extradition hearing for Dotcom and the other three defendants is scheduled to be held in August.