How the 'Things Network' is putting IoT to practical use

The Things Network has provided a key driver for the IoT revolution: sensors sensing the world around us 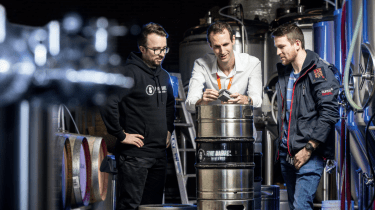 With the rollout of smart meters, the widespread availability of intelligent lighting and central heating systems, and the advent of multiroom audio setups, the long-predicted automated home is eventually becoming a reality. Much of this kit can be controlled and monitored remotely and, in that sense, it has become the public face of the Internet of Things (IoT). But while industry analysts expect the loT to continue its rapid growth for at least a decade to come, the predicted 20 billion connected devices by 2020 will include much more than home appliances.

Here we delve into one key driver of the loT revolution: sensing the world around us. We'll look at the benefits on offer, examine the technology behind sensor networks, and we'll even set you on the right path should you feel inspired to try this out for yourself.

Various reports and photos in this article will highlight some specific applications of sensor networks and the benefits they offer but, more generally, it would be useful to think about why we might want to monitor the world around us.

Sensor networks provide environmental monitoring, although we're using that word in a much broader sense than the common one of mitigating the negative impact we have on the planet. Certainly, many sensor applications are involved in saving the planet, and here we could mention the monitoring of gas and water quality discharge from factories, energy management and atmospheric carbon dioxide level measurements.

But other environmental sensors have been used for providing public safety benefits, while some have assisted the management of our transport infrastructure, and yet others have been concerned with scientific research. 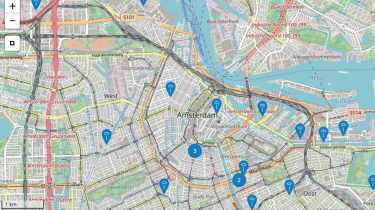 Only a few gateways are needed to provide city-wide LoRaWAN coverage, as this map of the Things Network illustrates

In the realm of transport infrastructure, railways are big users of sensor networks. These can be used, for example, to monitor potentially damaging vibrations in bridges, through deformation of the tracks, to movements in embankments that could indicate potential collapse.

Turning to public safety, a system designed at the University of California in Berkeley uses the accelerometers in smartphones to detect vibrations that could indicate the early stages of an earthquake. By analysing the data from a large number of users, all of whom choose to opt-in, a wide area picture can be built up and warnings given to people in the affected region.

Even agriculture gets in on the act, with so-called smart farms monitoring soil and crop health, providing machinery diagnostics and even keeping an eye on crop storage conditions and animal behaviour.

Sensors don't have to be limited to things that are rooted to the spot. For example, we can imagine organisations using sensors to monitor vehicle fleets or mobile machinery. A novel application developed at the University of Wollongong in New South Wales, Australia, involved fitting sensors to beer kegs. Called the Binary Beer project, it uses LoRaWAN (more on this later) to transmit the fill levels and environmental conditions of kegs back to the brewer in real time.

In the realm of home automation, size really isn't an issue and cost is something that, as consumers, we know we'll have to bear. With sensors, things are quite different. We might be happy about a Hive thermostat sitting on the wall in the living room or an Amazon Echo on the coffee table, but if you want to monitor anything and everything throughout the house - and some experts envisage exactly that - having a plethora of little boxes in every room is surely a step too far.

The same applies when we take sensors outdoors, but for a different reason. It seems hard to believe that sensors that are large enough to be blatantly obvious won't fall victim to thieves and vandals. It rather seems that, when it comes to sensors, tiny is the only way to go.

Next up is cost and, again, less is more. With those 20 billion connected devices by 2020 -that's almost three per person - it seems hard to believe that a cost of more than a few pounds each would be sustainable. After all, three sensors at 100 each would represent between 5% and 10% of the annual income across large swathes of Africa and Asia, including some quite populous countries. Unless the lot is going to be restricted to the more affluent parts of the globe, therefore, sensors will have to be extremely cheap. 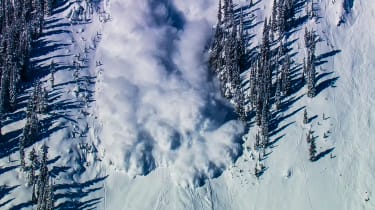 The final unique requirement is that sensors will need a very long battery life. If huge numbers of sensors need their batteries charging or replacing every month, let alone every week or every day, that would be a serious undertaking. And if that's true of sensors that are in the home, office or factory, we can but imagine the problem of sensors that might be installed, for example, at high altitude in the Alps for avalanche warnings. Extending battery life can be achieved in several ways, with many - such as using highly efficient processors - being familiar in all areas of computing already.

In the case of remote sensors, however, duty cycles and communications efficiency come into play. Reducing power by reducing the duty cycle involves ensuring that the hardware is asleep for most of the time, waking up only for short periods, ideally infrequently, to make measurements and transmit that data to the internet. Many of us will be aware of the impact of Bluetooth on a phone's battery life, and this illustrates the degree to which communications efficiency is a key factor in IoT sensors. Careful attention needs to be given, therefore, to selecting an especially frugal communications standard. Of course, using larger batteries would also improve battery life, but not without having a decidedly negative effect on size and cost.

The most obvious way in which a sensor can send its data to the internet is via Wi-Fi, and this is certainly the best solution in many cases. However, with sensors increasingly migrating from buildings to the great outdoors, where access to Wi-Fi might not be available, other solutions are called for.

One solution is to implement a mesh network. In this arrangement, sensor nodes (a sensor node typically being a small single-board computer with one or more sensors attached to it) relay data from one to the other until that data reaches a node that has some means of connecting to the cloud. In theory, various standards, including Wi-Fi, could be used for relaying data between nodes although ZigBee is a particularly common choice. While its data rate is low compared to Wi-Fi, or even Bluetooth, commonly sensors don't need to transmit much data and ZigBee has the undeniable advantage of very low power consumption. 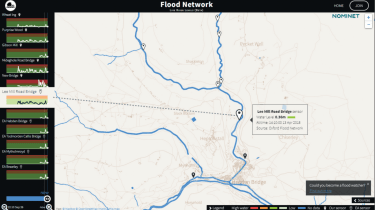 Ultimately, however, at least one node in a mesh network needs some other means of connecting with the internet, and this is also the case with remote sensors that have no nearby neighbours. Here there are several options. The mobile phone network is evidently a viable solution, albeit not without its drawbacks. Even in the UK, cellular networks are not as ubiquitous as we might think, and it's not hard to find locations, especially in rural areas, with no coverage whatsoever.

Furthermore, even in areas that are within coverage, transmitting a signal to the mobile phone network is quite demanding of power, which is not ideal for a device that needs to work for months or years on end without a battery change.

An up-and-coming solution that can potentially overcome these disadvantages is a wide area network, commonly referred to as a WAN. Here we're going to look specifically at The Things Network and the LoRaWAN communication standard that underpins it.

LoRaWAN stands for Long Range Wide Area Network. By using a frequency of 866MHz -- much lower than the 2.4GHz or 5.8GHz signals used by Wi-Fi, Bluetooth and ZigBee, or the similarly high frequencies used by mobile phone networks - LoRaWAN signals have both a lower path loss and are less affected by buildings or hills.

The upshot of this is that it offers a typical maximum range of 15km in wide open spaces, although it could be quite a bit less in built-up areas. Another major advantage is that it is very power efficient. While this is the good news, on the downside, unlike the cellular network, commercial networks are not provided, and it's here that The Things Network comes to the fore. 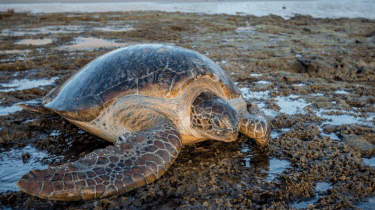 Wienke Giezeman, CEO and co-founder of The Things Network, outlined to us the advantages the system offers that haven't previously been available for online sensor applications.

"The Things Network is a global collaborative Internet of Things network that allows all members to let their lot networks work together like a big internet," he said.

Perhaps the major difference between this and previous sensor initiatives, however, is that it's a community project that doesn't rely on any corporate networks.

"Anybody can build applications without the permission of big companies or a government," he added. What's more, users contribute the gateways that upload data from LoRaWAN sensor nodes to the internet.

The adoption of a new technology and predicted growth statistics are often a measure of success, and The Things Network certainly fares well in this respect.

"In two years we've grown to 35,000 developers and 3,500 gateways around more than 60 countries," Giezeman told us. "The technology is in a very premature state and developers are finding ways to leverage the technology. And many have already succeeded. We expect to grow to one million gateways in five years."

Commonly, this sort of growth depends on major price reductions, but LoRaWAN gateways are quite expensive: the official Things Network gateway costs 249, compared to, say, 25 for a cheap Wi-Fi access point. However, Giezeman took issue with our assertion that it is an expensive technology.

"That is relative. A single gateway can have a range of around 10km and support 10,000 devices. And because The Things Network allows all these gateways to work together, the cost per sensor is way lower than other technologies," he explained.

When pressed, however, Giezeman admitted that he did expect gateway prices to fall significantly and, more importantly, he anticipated major falls in the cost of the sensor nodes.

It remains to be seen whether The Things Network meets Giezeman's growth predictions or whether some competing initiatives take that honour. Either way, low-cost WAN technology will surely be a major driving force in the growth of the Internet of Things.

As technology pundits, we're wary of making predictions but Giezeman's list of current applications of The Things Network, while undoubtedly the tip of the iceberg, might just provide an inkling of what the future holds. Already The Things Networks is being used for air quality observations, smart parking place occupancy indication, endangered green sea turtle tracking, energy management and radio activity monitoring. Future applications will surely be limited only by the imagination.